What Is So Fun About "Valheim"? 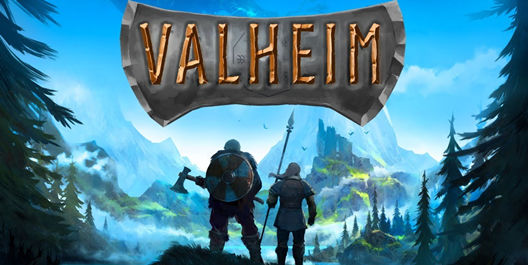 Valheim is a survival sandbox action game published by Coffee Stain Publishing. Nowadays, the rave reviews on Steam "Valheim" have exceeded 4 million sales. Not only has it occupied the Steam bestseller list for a long time, but the number of players online at the same time is comparable to the old games "CS: GO" and "DOTA2"! So where is this game fun? Let’s talk briefly with you today.

The game capacity is small, but the content is very rich

The "Valheim" game has a capacity of only about 1G, and the officially recommended computer configuration threshold is very low, which means that the game has no threshold for most players. If you are not the kind of player who cares about the game screen, you will immediately be attracted by the rich content of the game. Whether it is survival, battle, construction, or exploration, players need to conduct research, although the content is many but not complicated.

Take the combat system as an example. Monsters have various ways of fighting, but they all need to be "prepared for a long time" before attacking. We can easily dodge or counterattack with shields. It is skillful and at the same time not too hard-core, and will not let you lose. Brain mowing. The things obtained by killing monsters become special recipes, for example, you can pour the innards and raw meat of monsters into sausages, etc., so the combat system naturally guides the player to the production system.

Although "Valheim" is known as an open-world sandbox survival game, as mentioned above, the system of the game is interlocking, allowing players to have goals and motivation to complete the next step at all times. For example: Killing the deer king can make an antler pickaxe to obtain copper and tin mines, etc. Every time a new resource is obtained, new buildings and recipes will be "unlocked", giving players a feeling of growth.

Valheim official said: Originally wanted to make a game like The Legend of Zelda, the producer said: The prototype of reference is "The Legend of Zelda", and the survival of the game needs to assist the player, rather than bring frustration. So in "Valheim", players will be killed by monsters and logs, but they will not starve to death, freeze to death or scald to death. This mechanism is also a key factor that encourages novices to continue playing.

Players can be creative

We know that games that are free to play and can be creatively created are generally popular, such as "Minecraft", "Terraria" and so on. Obviously "Valheim" is also one of them. At present, players and successively built sundial in the game, the Millennium Falcon in "Star Wars", interstellar spacecraft in "Star Trek" and so on.

In addition to buildings, some players have used the mechanics in the game to create some interesting gameplay. For example, a player builds a 45-degree landslide on a mountain, and then makes his ship rush to the sea along with the landslide. After the ship contacts the sea surface under huge inertia, it will bounce high and become a real spaceship ( As high as the world tree)! This makes people think of a flash game "Bouncemasters!" that was all the rage in the past!

In addition, the game supports 2-10 people to play online together. Open up wasteland with friends, and the fun of the game "Valheim" will be doubled!