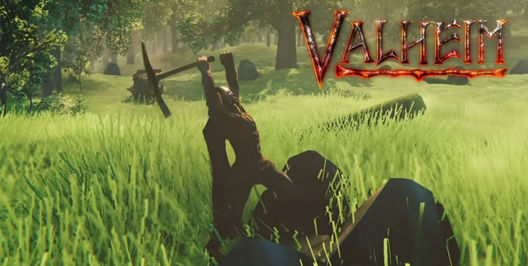 The game of "Valheim" has received rave reviews (96% of positive reviews) from players on Steam! In addition, its sales results also beat "Tale of Immortal" and "Nioh 2", becoming the best-selling list champion. Today, I am going to introduce the game's related gameplay in detail and see why it can "bump in word of mouth and sales"!

"Valheim" is a survival sandbox action game developed by Iron Gate AB and published by Coffee Stain Publishing. The background of the game is that a long time ago, Odin, the father of the gods, defeated many enemies and threw them into the tenth largest exile of the gods. Hundreds of years have passed, and the enemies of that year are regaining their strength, so Odin asked the players to come here to maintain order. We can see that "Valheim" uses the Nordic Viking background theme. Recently, such themes are more popular. For example, Ubisoft has also launched "Assassin's Creed Valhalla".

In terms of gameplay, "Valheim" also uses the more popular sandbox survival gameplay. Speaking of this type of game, we are no strangers at all. Games like "Raft", "Craftopia", "Dragon Quest Builders" and so on are similar products. Players need to collect resources, destroy monsters, and build houses. The feature of "Valheim" is that the open world in the game is very large, and the multiplayer cooperative gameplay is relatively mature. Players who don't like building houses can also team up with friends to fight monsters.

The game content of "Valheim" is very rich, but the game body capacity is only about 1G, and the official recommended computer configuration requirements are very low. There is only one reason that can explain it, that is, the art is relatively rough. When we look at the scenes and objects in the game up close, we can see the pixel particles, but the optimization of the game is very good. The overall feeling is that the quality of "Valheim" art is not high, but the effect is very good.

In terms of combat, the character movements in "Valheim" are still very smooth, with almost no delay. At the same time, for novice players, it is easy to get started. Monsters need to "prepare for a long time" before attacking. We can easily dodge or counterattack with shields. However, "Valheim" is not a dedicated action game, so fighting skills are not as rich as other games.

The fun part of this type of game is naturally production and construction. Players need to venture around on the super large map to gather resources. Then make a variety of items, such as: stone, copper, tin, iron, these basic materials can be used to create shovels, axes, swords and shields, etc.; combining the materials dropped by monsters can also create powerful equipment. As the characters grow, the equipment gets better and better, the buildings are getting bigger and bigger, and there are more and more adventure areas. This is the fun of this type of game.

To build a house, we must start with the foundation, and then learn to build a smoke exhaust system and a height pattern; after the exterior is completed, we must build a home and decorate the interior; if resources are sufficient, everyone can circle their territory, Build defensive walls, farmhouses, outposts, and forges! There are some small details in "Valheim" that are quite interesting. For example, the player will be crushed to death by the tree when cutting down the tree. If the foundation is unstable during construction, the building will collapse. These realistic details have greatly increased The fun of the game.

The above things are tedious and complicated, and it is really tiring to play alone, so I suggest you find friends to play together. "Valheim" supports up to ten players to open up wasteland together. At the same time, a few friends work together in a division of labor. The fun and sense of accomplishment increase exponentially. This should be the main reason why the number of players online can exceed 100,000 at the same time. Although it is in the early access stage, the completion of the game is very high. The only drawback is that the art is a bit general.

Visit our news page to learn more about the game!