This new "playing method" in GTA5 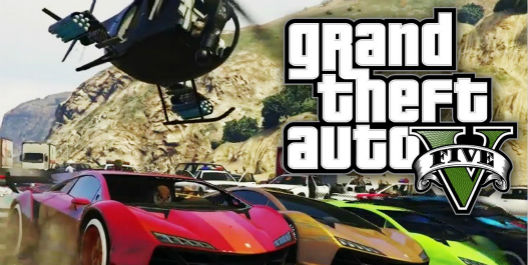 "Grand Theft Auto 5" has long been ranked in the top ten of the best sellers of steam. In April, IGN counted ten "best selling" games, among which: "GTA5", which was launched in 2013, became the third game in history to exceed 100 million in sales in November 2018! Ranked third in the "Foreign game live broadcast"!

Why is Rockstar's 2013 game still so active today after six years? Some people say that the version is updated, some people say that it is free to play, these statements are all right! However, "GTA5" can perform well in recent months, mainly because the anchors and players have created a new online entertainment culture, which is "role play"!

The reason why "GTA5" is currently relying on "role-playing" is because according to the data of overseas famous live broadcast platform Twitch, "Grand Theft Auto 5" watched the number of people at the same time in March and April, reaching more than 150,000. The point in time coincides with the "role-playing" server going online. The "role-playing" craze began to "blush" in March of this year. At that time, many well-known anchors such as sodapoppin and LIRIK joined the "role-playing" server, and the game life of each character caused the attention of the majority of players!

This "role play" is not the so-called rpg game on the market, but in a community where each player is loyal to his character set. Whether it is the character's behavior, thinking or language, it needs to be developed in accordance with the framework of the game settings. For example, if you play a chef in the community, then you must cook well, and you can't live without oil and salt vinegar in your daily life.

Anchors and players play professional roles in doctors, police, tailors, fishermen, etc. in their own community. Each character is free to develop, as long as it does not leave the "role frame." In fact, the "role-playing" gameplay has been popular in World of Warcraft. Every player must be faithful to his career and ethnicity. For example, if you are a paladin, then you should open your mouth and say "Holy Light" "It is very normal."

Seeing these descriptions, do you think of the gameplay of Dungeons & Dragons? The "role-playing" game culture is not just a simple gameplay, it gives players a much more immersive feel than a normal online game. In the world of "role-playing" games, you are no longer the original, but the realization of another self.

As for why the player will watch the anchor in the "GTA5" "role play", the doctor thinks this may be an alternative "television program", the audience freely switch between different perspectives, pay attention to the role of their favorite anchor in another world!