Final Fantasy VII in the test: the perfect remake? 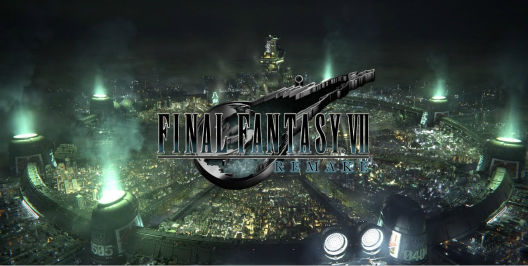 One of the most anticipated gaming titles of the year is here. But how good is Final Fantasy 7 remake? We tested the demo for you!

The fans had to wait a long time, now it's finally here. The first part of the "Final Fantasy 7 Remake" for the PS4 also wants to satisfy old fans and tell another generation of gamers the story of "Cloud", "Barret" and Co.

Our author Matthias Holm has already tested the game extensively and reveals whether the creators have managed this balancing act. If you just want to get a first impression, you can also watch this preview video:

Basically, the remake tells the beginning of the epic story that the former SOLDIER Cloud experiences with his friends. The players are thrown into the action right at the start. As part of the eco-terrorist association "Avalanche", Cloud is supposed to destroy a reactor in the city of Midgar. This removes the life force Mako from the planet in order to generate electricity from it.

Immediately after the introduction, the inclined fan will notice the first changes. The effects of the bombing are shown to the player in a very calm but disturbing passage. And this shows one of the great strengths of the remake.

By allowing developers to focus entirely on the start of the Midgar, Avalanche, and evil company Shinra story, they are able to evoke entirely different emotional responses. You spend a lot more time with minor characters that only appeared marginally in the original. And even if some are written quite stereotypically, the player connects much more with all the residents of Midgar and the slums.

In the course of history, this creates some enormously emotional moments that are already among the best of the game year. Other changes, such as the early appearance of one of the most well-known villains in video game history, fit well into the well-known construct. But since this is just the start of the adventure, fans have to deal with the fact that there are some loose threads in the end.

Final Fantasy VII Remake: This is how long the game lasts

The fact that you explore a lot more of Midgar than on the first Playstation is particularly noticeable in the season. Many were skeptical when Square Enix announced it would deliver only this section of the story. However, they repeatedly promised that the "Final Fantasy VII Remake - Part 1" should still have the scope of a commercial role-playing game. If you really complete all side missions, explore the whole world and maximize your skills, you will end up with about 30 hours of play.

This is not the playing time of other PS4 mammoth works and does not actually justify the sheer size of 90 GB that is delivered on two discs. However, nothing is known about the sequels. If the first data records already exist, the size would be forgivable.

Unfortunately, the game hours sometimes feel a bit long. This is mainly due to the fact that the developers often take control of the running speed away from the player. If this helps in some places to generate certain emotions, it is annoying in the long run if you have to duck under the 70th bar to move forward. Precisely because these places do not create any tension, they always seem a bit fake. The situation is similar with smaller puzzles or game mechanics that are only briefly relevant. These spots are particularly unpleasant in longer gaming sessions.

The level design is not beyond any doubt. In addition to the unnecessary obstacles, the individual sections are very tubular. There is little to discover and every small turn is already on the map. There is no real urge to discover, also because full exploration is rarely rewarded with special skills or equipment. And as beautiful as much of the game is: textures are always noticeable that look very two-dimensional and simply unfinished.

The big highlight of the game is the combat system. The change from turn-based battles to action-packed real-time battles quickly turns into flesh and blood. What has not changed is the constant changing of the artery. These balls determine which skills a character can use. Changing the leader also pays off. This is the only way to adapt the combat tactics to the opponents, which is absolutely necessary on the normal level of difficulty. However, the game itself is not extremely difficult: we only died twice in the entire test period. Both times it was optional battles.

Between the individual battles, you spend some time in the menus to adjust your group, realign or improve your weapons. The latter is also possible via an automatic function, but let's be honest - that would only be half the fun of an RPG.

The long wait was really worth it. Even if some things disturb the flow of the game, you dive further and further into the story and are wholeheartedly at Tifa, Aerith, Cloud and Barret. Square Enix has managed to bring the heart of their video game milestone into the modern age. In doing so, they have kept their promise: Both new and old fans will be thrilled.