Why is there no news about "The Elder Scrolls 6"? 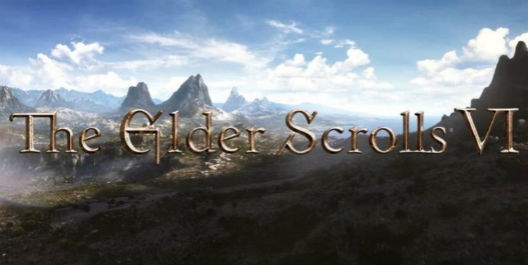 Microsoft spent 7.5 billion US dollars to acquire Bethesda company, won the "The Elder Scrolls" and other game IP, which means that Microsoft's game studio suddenly increased by eight, at the same time also obtained many well-known game IP, such as: "The "Elder Scrolls", "Fallout", "DOOM" and more.

In May, Pete Hines, Bethesda's senior vice president of marketing and publicity, revealed when communicating with players on social networking sites: "The Elder Scrolls 6 is after "Starfield", and you know there is almost nothing about it. News. If you don’t want to wait a few years, but just want to ask now, I’m afraid I can’t respond to your expectations.” And so far, there is nothing new about "Starfield", so the official launch of "The Elder Scrolls 6" Even more unknown.

In fact, both products are games released at the 2018 E3 Game Show in the United States. Why is there no new news until now? Recently, Bethesda's game producer Todd Howard revealed the answer in an interview, because they are developing a new game engine, which will not only bring a lot of changes, but also retain many old players want.

In a recent interview with the media, Todd Howard said: Both games use a new engine, and the engine update is the largest ever, compared to the original "The Elder Scrolls 3" to "The Elder Scrolls 4" Even more improvement! For this engine update, Bethesda has invested a lot of manpower and material resources. The game engine development department has one-fifth more employees than before!

The new engine provides brand-new screen rendering and animation production, and the effect will definitely satisfy everyone. And old players don’t have to worry, because the new engine retains some of the things that everyone likes, such as support for various game modules. And Todd Howard is sure that these two open world games will exceed everyone's imagination!

We know: "Fallout76", "The Elder Scrolls 5" and other games have many bugs, so Bethesda must develop a new engine version to meet the needs of game production. At the moment when the next-generation console is launched, Bethesda does have a lot of work to do. As for the launch time of the game, Todd Howard said: He really likes the strategy of listing soon after the announcement. For example, many of his games are announced at E3 and will be listed at the end of the year. So currently he has no way to determine the time. So we still look forward to the game announced soon! More game updates are available at buyosrs.gold!