Why is it difficult for Sony next-generation PS5 to be fully backward compatible? 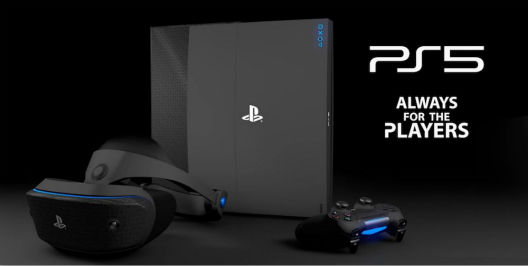 In October last year, the well-known informer "PSErebus" posted a message on overseas social accounts: "Please don't throw away, replace, or sell your PS1, PS2, PS3, PS4 console games first." Although this message does not say anything about "downward compatibility", everyone knows at a glance that this is obviously saying that PS5 will be compatible with the games of the previous four generations of consoles.

In January of this year, the media broke the news: Sony is developing a new engine for PS5, which is backward compatible with previous PS games. It tells the well-known overseas game channel "HipHopGamer" that Sony is developing "Remastering Engine" for PS5. With this engine, PS5 can run classic games from PS1 to PS4.

At the architecture conference in March, Sony only "admitted" that PS5 is currently only backward compatible with PS4, and only compatible with some popular games on PS4, not all game products. This directly "slaps the face" of the above personal breaking news and media, so why is Sony's next-generation host PS5 not fully compatible with PS1, PS2, PS3 games?

Marc-André Jutras, the technical director of Cradle Games, the developer of soul action game "Hellpoint", gave his own explanation. According to the media "GamingBol" report, Marc-André Jutras mentioned that the biggest reason may be legal and copyright factors. Many old game development companies no longer exist. It is not so easy to transplant or authorize those games again. In addition, many game discs from PS1 to PS3 have a unique DRM reading system, and it is not an easy task to read these discs on PS5.

In the minds of ordinary players, backward compatibility seems not so difficult. Everyone thinks that installing an emulator engine in PS5 can easily run PS1 to PS3 games. After all, there are many such emulators in PC. Even if you can't let all PS games run, you can at least support most popular games.

As Marc-André Jutras said, the above idea may be too simple. Perhaps at the technical level, Sony can do it, but before you do one thing, you must also consider the price / performance ratio. To be fully compatible, Sony needs to contact countless game developers, and many of those old companies no longer exist.

At the same time, due to the characteristics of digital information, there must be another unique technology to strengthen the protection of the copyright of these digital audio and video program content, documents, and e-books. This technology is the digital rights management technology-DRM. The discs of the old games have a unique DRM reading system. Sony wants to allow the PS5 disc drive to also read the discs of the old games. It also has to pay a huge cost. Is this a good deal?

Presumably, the above two reasons also led to the PS5 being only compatible with the popular games on PS4 when it was launched, rather than all the game products on PS4. Sony only needs to take care of most players, there is no need to satisfy all players. What do you think? Learn more about PS5 matches, release, functionality and cost.