Things You Need To Know Before Playing "Tales Of Arise" 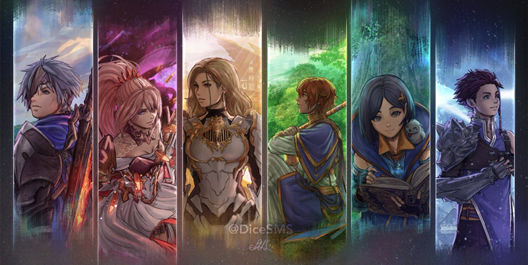 Speaking of JRPG, one cannot fail to mention the "Tales" series, which is a role-playing game series released by Bandai Namco. The earliest "Tales of Phantasia" was a 1995 work, and it has been 26 years! Although the characters and stories of each generation belong to independent content, some classic designs of the game itself have been passed down to this day, such as Liner Motion Battle System, etc., which have been sought after by players!

The new work of the "Tales" series "Tales of Arise" has been officially launched on the PS4, PS5, Xbox One, and Xbox Series X/S platforms, and the PC Steam version will be launched on September 10. This is the first next-generation work in the "Tales" series. Since the development time is longer than that of previous works, and it has been postponed, fans are looking forward to it. After experiencing it, I think "Tales of Arise" really did not disappoint everyone, so I will take you to take a look today.

First of all, as the highlight of JRPG, the plot is naturally the content that everyone pays most attention to. The mainline of "Tales of Arise" is still simple and clear. Dana and Reina are two neighboring planets. The former is invaded by the latter, and they are two hostile forces. The protagonist of the game is a Dana man with an iron face and memory loss, unable to feel any pain, one day he met a cursed Raina girl. The curse of a girl will cause pain to the person who touches her. What kind of sparks will the two people set together?

With the advancement of the mainline of the game, more and more secrets gradually surfaced! Although some of the details are not so natural, in general, the overall plot is good. The five regions where players want to adventure are different, and the story has its own characteristics. In addition, the interaction between the male and female protagonists and the interaction between the companions are better portrayed in "Tales of Arise". The companions are very personal, and they will grow up with the protagonist as if they are living people.

In terms of plot presentation, there are up to four ways of expression in Tales of Arise, such as 2D hand-drawn animated cutscenes, 3D cutscenes that can be skipped in dialogue, 3D cutscenes that cannot be skipped in dialogue, and comic strips. The last way of expression is impressive. Although this way has appeared in previous works, the presentation of real-time computing (the role can be changed after changing clothes) eliminates the awkwardness of standing chat.

Secondly, "Tales of Arise" has made obvious progress in the performance of the picture. Officials said that they used a new rendering technology "Atmos Shaders", the evolution of the picture is visible to the naked eye. In addition, the level of use of light on the game screen exceeds that of the past series of works. If the entire game screen is to be described in one word, it is "beauty"!

Next, let’s talk about the combat system. This time, "Tomozawa Yusuke" who participated in the game development was responsible for the action game "God Eater". He made the linear real-time battle system of the game more smooth and refreshing than ever! And the game provides automatic, semi-automatic and manual modes to facilitate the experience of newcomers. The specific skill details have a shortcoming, that is, the battle of the game is still the way that Minglei meets monsters to switch scenes, which affects the smooth feeling in the experience. However, considering that this can avoid the ups and downs in the scene and prevent the character from getting stuck in the scene, I reluctantly accepted it.

Finally, there is some auxiliary content of the game, such as a camping system that allows players to save and restore blood, a cooking system that gives characters an extra Buff bonus, the standard farming and fishing system of the "Tales" series, and so on. These corners and corners of the game system are quite satisfactory, there is no particularly eye-catching place, and there is no design that makes people complain.

At present, there are a total of 50 media evaluations, "Tales of Arise" got an average score of 87 points! This evaluation is quite reasonable. The plot of "Tales of Arise" is not up to the level of a masterpiece, but it also has something to think about. The interaction between the characters, the improvement of the picture, and the refreshing battles are all unstoppable. If you like JRPG, then don't miss "Tales of Arise". More game news at buyosrs.gold!