The summoning system of "Elden Ring" was exposed 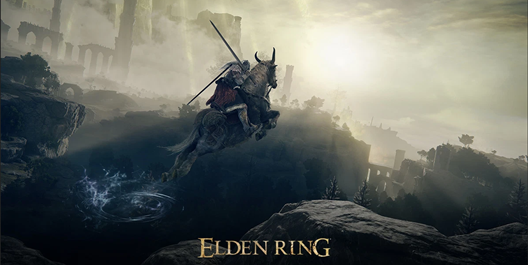 In an interview with the media "IGN", Hidetaka Miyazaki, the producer of Elden Ring, revealed many details of "Elden Ring" for the first time. Abundant custom systems, traditional dungeons can be explored in the six major areas of the game, there are stealth mechanisms and gameplay, and so on.

Of course, for many of the above-mentioned game details, Hidetaka Miyazaki talks in general, leaving a lot of room for players to imagine. "Elden Ring", a joint collaboration between Japan's FromSoftware and Bandai Namco Entertainment, is scheduled to be launched globally on PS5, PS4, Xbox Series X|S, Xbox One, PC and other platforms on January 21, 2022. Recently "Play Magazine" introduced us to the "Soul Call" system in "Elden Ring".

Like other soul games under FromSoftware, "Elden Ring" also has the concept of "soul". However, this soul is not the other soul. It is no longer used to strengthen equipment or purchase props, but a resource that players can collect, and then "summon" former enemies or partners to fight side by side with them at an appropriate time! We also saw the so-called "Soul Call" characters in the actual trailer of "Elden Ring". They are indeed helping players fight powerful enemies!

We know that in soul games such as "Dark Souls" when dealing with powerful enemies, players generally fight alone. In "Dark Souls", players can summon past enemies or partners as helpers. These helpers are controlled by computer AI and have various combat characteristics, such as long-range attack type, melee type, damage absorption type and many more. We can choose the corresponding helper according to the characteristics of the enemy, and the choice here should be very strategic.

At present, it seems that the summoning system in "Elden Ring" is not the same as the companion or pet system in other games. The characters summoned by the player have a time limit and cannot always exist, so it is just a means of combat. This reminded the doctor of the popular game "Monster Hunter Rise" in the first half of the year. The dragon system in it is also a "summon boss to fight boss" gameplay. This design is not only interesting but also can make full use of game resources, it can be said to kill two birds with one stone!

What’s more interesting is that the enemies or partners summoned by the player are functionally classified. Most of them are combat units as mentioned above. Some summoned NPCs do not directly participate in the battle, but play a role in other places, such as Open hidden or designated doors, discover treasure chests, etc. They usually play a key role in solving puzzles in levels. This reminds people of Capcom's "Monster Hunter Stories 2", and the entourage system seems to be played in the same way. In addition, there may be strengthening elements in the summoning system, which needs to be officially confirmed.

Based on previous revelations and information, the open-world game "Elden Ring" is a masterpiece of FromSoftware. When Miyazaki Hidetaka not only followed some previous classic systems, but also added many innovative elements, plus The world view plot is created by the author of the "A Song of Ice and Fire" series of novels "George R·R·Martin". More new game information welcome to buyosrs.gold!