Some thoughts after the closed beta of "New World" 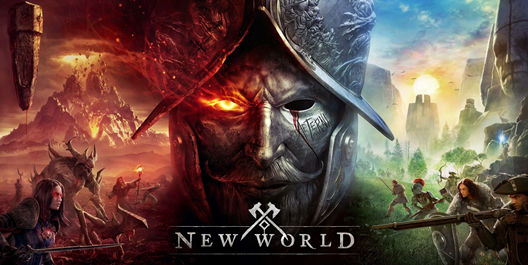 Recently, a product in the gaming circle has been highly discussed. This popular topic game is "New World" launched by Amazon Games! Several previous tests of "New World" have achieved good results, and at the same time, its negative news is also endless, such as: burning out the player's RTX 3090 graphics card, four postponements and so on. At present, the closed beta of "New World" has ended, and the game will be officially launched on September 28.

We will find that the official use of the five names of Discover, Create, Battle, Unite and Conquer to describe our game is very ambitious! At the same time, the average number of online players of "New World" in the just-concluded closed test was at least 140,000, which exceeded 190,000 at the peak! Some seem to say that this game is pretty good, and the future seems bright!

After participating in the "New World" test, you may have some different opinions. Today, let alone the potential problems of the Amazon game studio itself, starting from the game itself, "New World" has some risks in its gameplay design and operating model. This game reminds me of the "Guild Wars" series many years ago!

In "New World", there are three forces: Marauders, who are chaotic and free, Syndicate, who advocates cooperative acquisition of knowledge, and Covenant, who has solid pledge legislation. Players need to join one faction and fight against players from the other two factions. The core content of the game is PVP and the faction confrontation. When the player is at level 10, he needs to choose a faction force!

According to the previous experience of online games, in this kind of multi-force confrontation, the strong camp will become stronger and stronger, while the weak camp will be fewer and fewer people joined. This problem must be solved by the development team, but there is currently no action seen in the game (closed beta time is limited, and everyone can't play the later stage). In addition, too much emphasis on PVP online games is not very friendly to ordinary casual players. This is a disguised form of discouraging PVE players.

In addition to the faction issue, the threshold for combat and skill systems in "New World" is somewhat high. This game uses lock-free real-time combat, very sophisticated player operation, and belongs to a relatively hard-core action game! Players' operations can even make up for the gaps caused by some levels or equipment, which is regarded as the "ideal game" in the minds of the majority of players. The price is: it is not friendly to the top-up players, and when the players can't find their presence after spending money, they naturally don't spend money.

Finally, talk about the operating mode of the game. "New World" neither adopts the subscription system of the monthly card or annual card, nor does it adopt the current mainstream charging mechanism of free download and in-app purchase recharge, but the uncommon "one-time purchase, unlimited play" mechanism in online games. Although there is a mall in "New World", the products are some decorative props. This mechanism is extremely risky for online games, and it needs to be updated with continuous new players to maintain operation! As I said before, casual players who love PVE and recharge players who love to spend money to buy new world coins to find a sense of existence are not the target users of "New World". How many hardcore players love PVP and operate?

Of course, it's not that "New World" is out of play, because "Guild Wars 2" did just that, and it's still alive and well. I am very curious about the future performance of "New World". If there is a problem with revenue and expenditure, will "New World" add rechargeable items in the mall? let us wait and see.