See what's new in the "FIFA 21" trailer released by EA 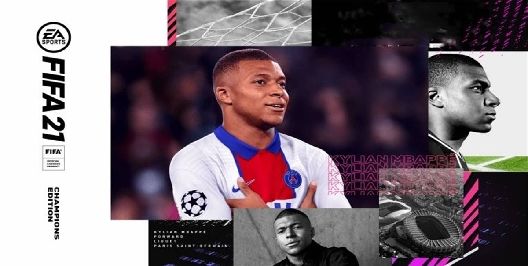 EA announced the upcoming game "FIFA 21" in the form of a trailer, and announced that the game will be launched on October 9, 2020 on PS4, Xbox One, Origin and Steam on PC platforms. We know: "FIFA" is a classic football game series owned by EA. "FIFA 20" has achieved good results around the world. Then, how will the new "FIFA 21" compare with the previous ones?

First of all, we saw Paris Saint-Germain's new football star Kylian Mbappé on the cover of all game versions. In a related interview, Mbappé said: "It is a dream come true to be on the cover of "FIFA". This is another major milestone for me. I have been playing this game since I was a child and I am deeply honored to be able to represent the entire new generation of players. ."

Second, a new multiplayer mode has been added to "FIFA 21". One of the important reasons why the FIFA series is so fun is that you can play football with your friends in the game. In "FIFA 21", players can enjoy a more social street football experience in the "VOLTA lineup". This is a brand new way that supports up to four players to play together. Players can also compete against each other in five-on-five online cooperative competitions.

At the same time, the career mode in "FIFA 21" has been optimized. Players can control all the details, such as newly joined games, transfers and training, etc., and lead their teams to the top one after another. The career mode has also greatly evolved in the interactivity of the game. Interactive simulation games are used to control the results of each game. This is a brand new growth system.

The detailed system in "FIFA 21" is also richer, making the virtual player role closer to reality. For example: "Flexible dribbling" allows players to use more skills when facing defenders; "walking personality" allows players to understand the timing and position in line with the real world; "creative running" means that the player character does not control the ball The new option of time; "Natural collision system" uses a new animation system to create a new interaction.

Then, in FIFA Ultimate Team, players can use a series of new ways to customize the team's on-court and sidelines to create a unique team. For next-generation home console players, FUT clubs can transfer between PS4 and PS5 or Xbox One and Xbox Series X through the cross-generation transfer market and rankings.

Finally, "FIFA 21" has more than 17,000 players, more than 700 teams, about 90 stadiums and more than 30 leagues. It can be said to be the most abundant football game. Players can experience major football matches around the world, including UEFA Champions League, UEFA Europa League, CONMEBOL Libertadores, CONMEBOL Sudamerica, English Premier League, Spanish Football League and more!

The above is the content of the official announcement. In fact, everyone is more concerned about the performance of "FIFA 21" on the next generation of game consoles, such as the support for the DualSense 5 handle tactile feedback function of "FIFA 21" mentioned earlier. In other respects, I personally feel that the difference between "FIFA 21" and "FIFA 20" will not be particularly big, after all, this is a New Year series.  So when you need coins, mmotank is your best choice!