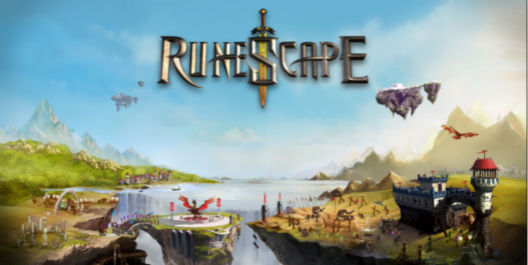 The Land Out of Time is finally here! Better still, hopefully you’ve been playing it and have perhaps even caught yourself a dinosaur or two. You're probably eager to hear about what is arriving between now and then, however, so we've taken the opportunity to look forward more than the customary month and see what's on the way in august.

Hopefully by now you've tried The Weapon Diversity Beta (which you can find here). Following some of your early feedback we agreed that all of RuneScape’s weapons, as opposed to just some, should be reworked. So that's exactly what we've done. And barring any major issues arising throughout the rest of the beta, we're now aiming for a full release in August.

For those who don’t know, Weapon Diversity – as the name might suggest – is all about making weapons feel distinct from one another. It’s a dramatic change that will make combat feel completely different to how it does now. After all, fighting with a shortsword should feel different to fighting with a mace! The changes will in add in an extra layer of strategy when pondering what your load-out for an encounter should be. It also means that when you do prevail, a maul or javelin drop will once again feel exciting.

New effects recently added to the beta include:

Javelin – hits all targets between the player and the target.

Staff – means your ultimate abilities can no longer miss, and you  gain +5% accuracy for 20 seconds after you use an ultimate.

Remember Summer Weekends? It’s coming back, but this time each mini XP-fest will last a whole week. Starting on Monday August 5th and running until September 2nd, players can look forward to skill-specific XP boosts and enhanced drop rates. There will be several Player Owned Farm perks available throughout the month, and look out for a range of amazing double perks at the weekends! Log in at any time during the event and a menu will pop up to explain it all to you.

For more details about the specific skilling activities and bonuses on offer, check out our news post on Monday!

The Big Game Hunter Clan Cup will take place on Anachronia, and your objective is simple: skin dinosaurs! Each clan member will have three 1-hour sessions to skin as many dinosaurs as they can. These sessions can be started whenever you want within Cup week. At the end, the best session from each of the Top 10 clan members from each clan is tallied up, and the clan with the top score wins!

The winners will receive access to the Crystal Avatar, a stickied thread in clan recruitment, a 12% XP boost and 100% faster capping. The reward will remain active for one month. The Big Game Hunter Clan Cup will run for one week from August 19th.

Vic the Trader returns this month, and with a better assortment of stock than ever before. Chief among his wares will be the highly desirable Elite Woodcutting outfit. Plus, players will now be able to trade in Bonus XP and purchase rewards for the entire two weeks. Vic will set up shop once again in Gielinor on August 19th.

Fancy the chance to customise your combat experience? From August 26th you'll be able to purchase new cosmetic overrides that flash up whenever you land a critical hit. Simply head over to The Solomon’s General Store to pick yours up, then hit F2 in-game to open the customisation tabs and find your new HitSplat options under the Skill Animations section.

This will, as always, offer a tantalising first look at some of the broader long-term plans we’ve been drawing up in the war room. Indeed, this is your chance to have a say on some of the major RuneScape updates being considered for 2020. You can also look forward to a special Lead Designer Blog in which Mod Osborne will look at some of the options on the table in detail.

While the full release won't arrive this month, we still currently expect it to arrive before RuneFest. The change that has got people most excited is the addition of Placeholders, which ensures that whenever last item of a stack is withdrawn, the item stays in place at 0 quantity. From that point, banking that item in the future will replace the placeholder.

That’s just one of many Bank improvements on the way. As well as the number of Bank tabs increasing to 15, expect the entire Bank experience to be a smoother and faster one, including a reorganisation of the layout – which will be of particular benefit to new and mobile players – and some new filtering options.

Summer Skill Off is still underway and is currently down to the final two skills! Gather your skill tokens and head over to the crater now to place your vote and help decide the winner!

There’s also a couple of weeks left to grab your Umbral Pack from Twitch Prime and on August 20th you’ll have the chance to grab 200 Runescape gold, 15 Treasure Hunter Keys and 40 Hearts of Ice – for free! Simply link your RuneScape and Twitch Prime accounts to claim, and don’t forget to redeem your goodies.

You still have until August 4th to grab our Summer Special membership deal, which offers three months of full-blooded RuneScape access for the price of two. This stacks with any existing membership you already have. As well as full access to an exciting summer of content, buyers will also get a brand-new outfit for their troubles – the Dragonkin armour!

You can also currently pick up a free Umbral Chest every time you buy the 450 Treasure Hunter key package. Each chest contains a guaranteed purple prize. We’ve also buffed the other rewards you’ll receive. This offer will be available until midday on August 22nd. Perhaps most importantly, there’s still some time left to grab your ticket to the biggest and best RuneScape fan gathering ever! RuneFest 2019 kicks off with the Golden Gnome Awards at 18:00 on Friday October 4th.