RuneScape is launching the upcoming 20th-anniversary event on January 4th 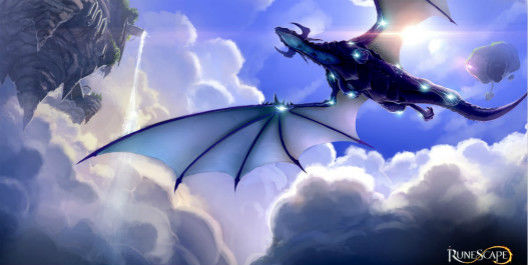 RuneScape is celebrating 20 years of adventure in 2021, and Jagex is already starting to brighten up events we look forward to in the coming months. A cryptic tweet from the official RuneScape account informs players that they have been "invited to the RS20 Grand Party" on January 4th.

Nothing else is mentioned, but if there is one thing the last anniversary event is going through, you can expect a massive amount of new content and rewards. Five years ago, when the game turned 15, Jagex did it all festively. The main event is held near Falador where you can get a free Anniversary Party Box that will give you an average XP lamp and an extra medium XP star. There were also 15 statues - one for each year of RuneScape's existence - scattered around Gielinor, displaying special dances, emotions, and other exclusive items.

Players were even treated to special balloon drops that happen every 30 minutes, and the popping of these balloons revealed a variety of items - from extra XP stars and mini XP lamps to party hat fragments and thousands of RuneScape Gold. If you get tired of it, you will get a 15th Anniversary Tonk and Anniversary Balloon.

Twenty years on the market is an impressive feat for an MMORPG, and we're excited to see what the game has planned next. Old School RuneScape and RuneScape both continue to thrive, adding new events, skills, and bosses on a regular basis. In fact, Old School RuneScape is now perhaps more famous than at any time in its recorded history.

We will provide more game information later this month to learn more about upcoming events at large parties, discuss the past of the game, and see what’s next. Come back in 2021 and learn about plans for large-scale anniversary events.

The Grand Party kicks off January 4 in RuneScape and celebrates 20 years of point and click.