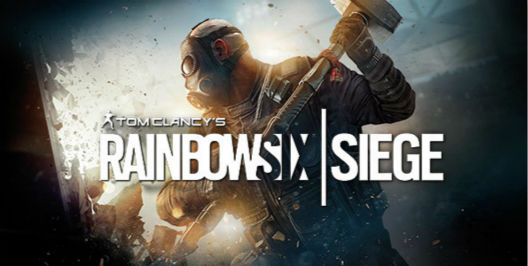 The Division 2 penalties for file backlash caused a lot of anger, and a publicity was given to Destiny 2, which described Ubisoft ’s "The Division 2" "New York Warlord" expansion pack on the metacritic website got a score of 0.4 , Became the lowest rated game in the history of metacritic website, helped a remake of the game a big favor!

While the performance of "The Division 2" disappointed players, another Ubisoft game slowly showed its "king" spirit. From this point of view, Ubisoft is really amazing. After launching "Rainbow Six Siege" in 2015, after more than four years of operation and adjustment, it currently has an extremely important role in the shooting game circle. status. The well-known American game media "GameSpot" recently re-evaluated this classic shooting game and gave a rare full score (10 points) evaluation!

We still remember: In 2015, when "Rainbow Six Siege" was first launched, problems such as servers, balance, bugs, plug-ins, buyout prices, and in-house purchases were emerging. A large number of players and game media gave bad reviews to the game. Ubisoft did not give up the game. They chose to listen to feedback from players in the social circle. In addition to server optimization, the update of the game content in these years has been considered sincere and full. In order to attract new players, even a novice entry version of the game was launched. Slowly, the word of mouth of the game started to improve!

Today, "GameSpot" gives a perfect score evaluation, which is a milestone in "Rainbow Six Siege". After all, there are fewer than twenty games that get full marks from "GameSpot"! Let's take a look at the perfect scores: the early "The Legend of Zelda: Ocarina of Time", the masterpieces of the past few years "The Phantom Pain", "The Legend of Zelda: Breath of the Wild", "Super Mario Odyssey "," The Witcher 3: Wild Hunt "," Divinity: Original Sin II "," Disco Elysium ", etc. are all famous works!

This "change of points" is not the first time that "GameSpot" has done so. For long-term games, they will modify the evaluation according to the specific circumstances. Previously, "Star Wars Battlefront II", which was vomited by players all over the world because of in-app purchases, only got 6.5 points in "GameSpot" at the beginning. Later, after the official revised the relevant issues, the 6.5 points were increased to 8.8 points! The doctor thinks that such a scoring mechanism is quite scientific, because every game is better or worse.

So, what does the editor of "GameSpot" think "Rainbow Six Siege" is good? They believe that the game has a wealth of tactical depth, and each game can make you feel progress; each player has a unique style and gameplay; the map design is very good; a good shooting mechanism; Ubisoft keeps changing This game has been improved. The doctor added: The physical destruction system in "Rainbow Six Siege" greatly increases the freedom of the game in tactics, which is rare in other shooting games.

As for the shortcomings, there are not only new hires for each season, but also season pass. The editor of "GameSpot" thinks this is too pitted. The doctor thinks it's okay. After all, Ubisoft is also making money!

In the impression of many people, "Rainbow Six Siege" is a "niche" shooting game, and the threshold is relatively high. However, the doctor wants to tell everyone: this game currently has more than 40 million sales worldwide! Ubisoft's main revenue sources last year were "Rainbow Six Siege" and "Assassin's Creed Odyssey". Have you ever played such a perfect score? let me know!