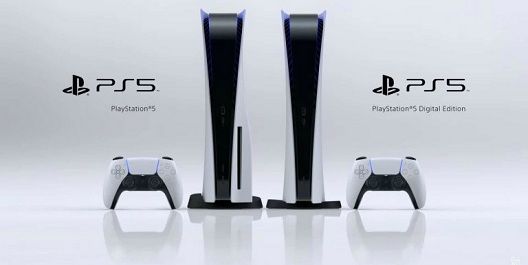 It's official at last: In April 2019, Sony officially announced Playstation 5 in an interview with the industry magazine "WIRED". And at the big reveal event on June 12, 2020, the console developer finally announced what the PS5 should look like. Sony has not yet released an official sales date. President and CEO Jim Ryan originally announced on the Playstation blog that Playstation 5 should be released just in time for the 2020 Christmas season. But meanwhile there are persistent rumors about the release date of the PS5.

The last rumor about the release of the PS5 came from two different sources, which give a specific date: So the PS5 should appear on November 20, 2020. A price was also mentioned. A release date at the end of November would correspond to the previous information and details about the Sony PlayStation 5. At the price of the PlayStation 5, there are pretty contradicting statements. From 400 euros to almost 1,000 euros, almost everything was represented in the rumor mill. But at the moment it seems as if most experts suspect a starting price of just under 500 euros. A proud price, the PS4 cost almost 100 euros less compared to the start. Many experts are skeptical about pricing: A price over 400 euros would probably massively reduce sales.

Sony certainly does not want to repeat the error with the release of the PS3. But the strong hardware of the next-gen console will hardly make a price under 500 euros possible. According to said Twitter user PSErebus, however, the "digital version" of the console could be significantly cheaper with a purchase price of 399 euros. In any case, there is hope that we will soon learn more about the price of the PS5: Because Amazon has already listed the next-gen console, but still without specific information. It may well be that we will soon be able to answer the crucial questions about the console. However, there is currently no way to pre-order.

In contrast to the PS4 Pro, fans can expect a real next-gen console with the PS5, which should offer up to 8k resolution and usually displays 4K resolutions in 60 frames per second. This is to be ensured by a current 8-core processor from the Ryzen generation and a GPU that is to achieve 10.28 Teraflops performance. For comparison: the PlayStation 4 has just 1.84 teraflops. Of course, the new PlayStation also supports the brand new RayTracing technology.

In addition, the heart of the PS5 is a brand new SSD storage with 825Gb capacity, which should ensure lightning-fast loading times in PS5 games. In a special PS5 demo of "Marvel's Spider-Man" the loading times are said to be sometimes 19 times faster than with the PS4. The brand new sound unit should also offer a 3D sound experience for audio fans that will set a new standard and revolutionize the video game world. Overall, the performance of the PS5 is said to be just under 10.2 teraflops - the currently most powerful console on the market, the Xbox One X, only ends up at six teraflops. The competition from Microsoft wants to achieve about 12 Teraflops with their Xbox Series X.

However, one of the most important features should be the fact that the standard variant PS5 will definitely play data carriers and will be completely backwards compatible with the PS4. Mark Cerny announced that PSVR will continue to be supported - so far, however, it is completely unclear whether Sony will land on a new VR headset. Because there are currently very contradictory rumors and insider information about PSVR 2. The PlayStation 5 will be able to use data carriers with a data volume of 100 Gb thanks to the 4K UDH Blu-ray drive. It should still be mandatory to install games, but in the future players should be able to choose whether to install only multiplayer mode for certain games.

In addition, the new DualSense controller, the successor to the DualShock 4, should support adaptive triggers that enable a completely new gaming experience. Gran Turismo 7, Marvel's Spider-Man: Miles Morales, Horizon 2: Forbidden West and Ratchet & Clank: Rift Apart are some of the most exciting PS5 exclusive games Sony unveiled at PlayStation 5's first reveal event. But this is far from being the final list of games that should be released at the beginning of PlayStation 5: Sony wants to comment on the other games again in a separate event, which is expected to take place in August 2020.

For a long time there was speculation and in the end Sony finally surprised everyone with the final design of the PlayStation 5: In chic white and blue tones, the PS5 is significantly more massive than the previous consoles and is reminiscent of a chic router than the classic PlayStation 4 Design. The voices are quite divided: There is no question that Sony chose a very daring look to launch the next-gen consoles. More game news all in buyosrs.gold!