"Overwatch 2" and "Diablo 4" are coming out? Blizzard Carnival makes people look forward to 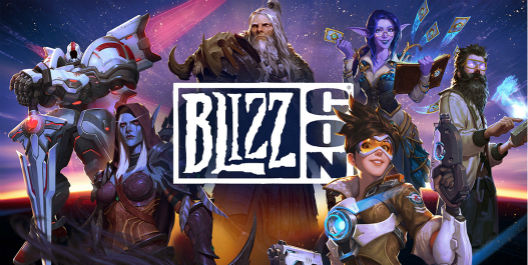 In June, there was an article about Blizzard's efforts to bring together limited development talent to develop "more promising" Overwatch 2 and Diablo 4. These two new foreign media speculations will be officially released in BlizzCon this year.

Blizzcon 2019 is about to be held, and the current update of Blizzard's old game can't support the scene. Dr. recently noticed the news of the release of Diablo 4 and Overwatch 2 on the Internet. It seems that the previous foreign media speculation is very accurate, let us look at what new news.

Let's take a look at the news of Diablo 4. On the overseas famous forum Reddit, players shared the title page of the German video game magazine "GameStar", pointing out that Blizzard will launch a collection of original paintings called "The Art of Diablo", which actually emphasizes the inclusion of "Diablo" from generation to generation. Contents, totaling more than 500 original paintings!

The original collection is currently found in overseas online malls and offers a seven-page preview of the text and shows that “The Art of Diablo” will be available for sale on November 3, just one day after the end of BlizzCon 2019, still very There is credibility. However, the related page does not mention Diablo 4. Whether it is true or not, or the German magazine "GameStar" is hot, let us wait and see.

Metro also said that "Overwatch 2" is the main PVE core gameplay, and adding "Overwatch 2" may have some styling-related things that make many players unhappy, but he won't break the details first. After all, Blizzard may still be modified during this time. .

Combined with previous rumors and some "hints" from Blizzard insiders, overall, whether it is "Diablo 4", "Overwatch 2" or "Diablo 2 Remastered", the probability of showing up at Blizzard Carnival 2019 is not low. Which game do you most want to see? Welcome message us.