OSRS Shares Changes to Vanguard and Chambers of Xeric 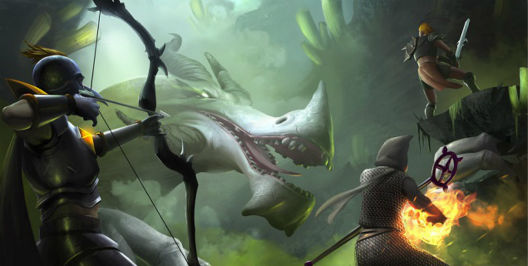 The Vanguard Room has always been a painful point for attackers, but never came back! Your votes have brought about a number of changes aimed at making this difficult triangle more challenging and less annoying.

First, some adjustments have been made to the Vanguard statistics. In general, the defense decreased and the score increased. This makes the reset mechanics less dangerous for small raid parties.

The high magical defense on the forefront of "melee" has been replaced by defending melee, so it is accurately placed in the existing battle triangle.

We then reduced the total number of characters and moved one of the breeding sites to match the room layout in the other top rooms.

Finally, you now have a guarantee to get at least one extra payload from the foreground. Cheers!

This is not the end of the Vanguard changes. Some features, such as HUD, have passed the study, but deployment will take a little longer. In the meantime, let's see what we're also doing to improve the divisions of Xeric raids ...

Other rooms for Xeric improvements

You’ll find that once you’ve completed a branch in Chambers of Xeric, your best times will appear on the screen. This information is also displayed in Adventure Log in the Player-Owned House - assuming you created one!

In doing this work, we would also correct some other rail problems.

● We balanced the leveling table and cutting gifts to include the monsters in a more reasonable amount of Sicilian trees and dark juices.

● We changed the location of the crystals in one of the crab rooms so that the efficiency of the contamination would not be hindered.

● We have also fixed an issue where players will have to melee in Vespula if the deep gate dies.

This week is just the beginning of the changes from poll 71. In the coming weeks, you can expect improvements to The Gauntlet, Grotesque Guardians and more - so keep your eyes peeled!

Finally, the world of Bounty Hunter, especially the w535 AUS, has been removed.

● Make it difficult for players to share the kill balance with a friend by reducing the amount of time PKer can claim to kill when their target leaves a PvP battle and dies in PvM.

● The training support program can now be changed in the bank settings menu.

● Players who have participated enough in the Battle of Zalcano now have a fixed chance in 1/2 250 Smolcano animals.

● Tears of Saradomin can now be obtained from Last Man Standing Store.

● The prices of many of the most dictated dictation bags have been raised: the old ice pack is now at 500 points, the Entangle bag at 250 points and the Vengeance and Teleport spell bags at 350 points.

● The elite idea that requires the player to kill the green dragon now accepts the raw green dragon.

● In the DMM cycle, evidence requiring lava dragons is no longer given. Players who already have it will notice it has changed to another thought.