Nintendo Switch’s next goal is to surpass the Wii confidence 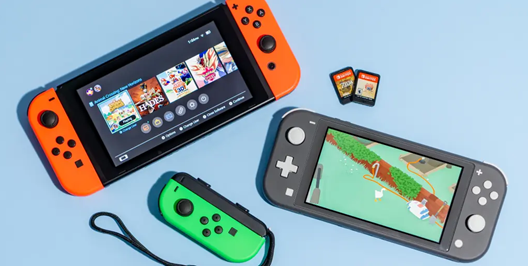 Speaking of the phenomenon-level games of 2020, one cannot fail to mention Nintendo’s "Animal Crossing: New Horizons". We still remember the "Animal Crossing" boom in the player community in the first half of last year. Benefiting from the hot sales of games, Nintendo achieved very good results last year (2020)! According to the latest data, as of December 31, 2020, Nintendo Switch has sold 79.87 million units worldwide!

After surpassing the sales of red and white devices (61.91 million) at the end of September last year, the sales of Nintendo Switch have now surpassed the sales data of Nintendo 3DS (76 million units). This is a very meaningful breakthrough! So which host is the next target for the switch? Naturally, it is the somatosensory home console Wii launched by Nintendo in 2006. The total sales of Wii are 101.63 million units. This is not nonsense, but the vision of Nintendo President Shuntaro Furukawa.

In a recent conference call, Furukawa said: "The company's goal is to continue to maintain this trend of Switch, and to increase cumulative sales and eventually surpass Wii. The reason we want to achieve this goal is that we have found that there is a wide range of Of consumers are using Switch." How does President Furukawa understand this sentence? Can Switch sell more than Wii?

The switch is currently in the middle of its life cycle, and it should be "easy" to sell more than 20 million units before production is discontinued. Because Switch users are very diverse, especially attracting many female consumers! Furukawa said last year that Switch lite is the choice of many female consumers. At the same time, games like "Ring Fit Adventure" are also popular among female players.

In September last year, "Animal Crossing: New Horizons" game producer "Hisashi Nogami" said: The game attracts players of multiple ages, and the gender distribution of players is even! It can be seen from this that the Switch console and Switch games pay more attention to "family fun" than other consoles and console games, and can attract "non-male players" more.

This means that a family is very likely to purchase multiple Switch consoles! Furukawa also bluntly pointed out: Nintendo's current strategy of "selling multiple consoles to a single-family" is effective. According to the company's research, 20% of the sales volume of the host is generated by the demand for multiple hosts in the same family! This is pretty easy to understand. Since the Switch game is suitable for all ages and men and women to eat it all, then one hand has become a normal thing. At present, the top-selling game console in the history of the game is the PS2 with a sales volume of 159 million. I personally feel that if the second generation of the Switch can give it strength, "Zelda Breath of the Wild 2", "Bayonetta 3" and other masterpieces can make greater achievements, then Switch has a chance to hit the championship.