Nintendo official: the next-gen console war will not affect Switch 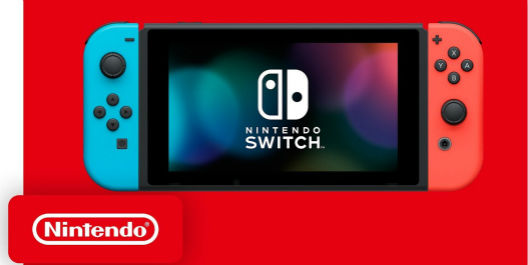 In early January, there was an article "Will Nintendo miss the next-gen console war? Analyst Prediction: Switch Pro Will Fight "tells Serkan Toto, CEO of Japanese gaming industry consulting company Kantan Games, that Nintendo will plan Switch Pro that has been planned before launch as a weapon against PS5 and Xbox Series X, and predicts that The price can reach $ 399 which cannot be reached by the other two hosts!

At that time, everyone also agreed with Serkan Toto's speculation. After all, many media previously reported that the Switch will have two evolutionary versions. One is the Lite version, which is mainly for portability and cost performance, and the other is currently launched. Enthusiast gamers "enhanced version of the Pro version, then it is not surprising that the Pro version will participate in the next generation console war.

However, when will Switch Pro launch? Serkan Toto thinks it will face head-to-head with Sony's PS5 and Microsoft's Xbox Series X at the end of this year (2020), and it turns out he guessed wrong. At the end of January, Switch sales exceeded 50 million, surpassing Super Nintendo. Nintendo President Furukawa Shutaro personally said that there will be no new hosts this year! This also means that Nintendo will not participate in this year's next-generation console war.

Recently, in a Q & A with investors, Nintendo President Furukawa Juntaro explained: We don't think that Sony and Microsoft's new game consoles will pose a major threat to Nintendo because they are different from the target audience of Switch. This description is still reliable, because Nintendo has always been the product strategy, whether it is a console or game, are very different from Sony and Microsoft.

For example, the Wii host of the year. We know: Wii's performance and effects are not comparable to PS3 and XBOX 360, but the special somatosensory operation gameplay makes the players amazing. With more than 100 million units sold, Wii has become one of the most successful home consoles in Nintendo history. Switch is also uniquely designed today, allowing players to play console games anytime, anywhere. Although the current cloud gaming services are also seeing this business opportunity, the performance so far can only be described as average.

As for gaming, Nintendo ’s games are clearly differentiated from the other two. The TOP5 games currently on the Switch are: "Mario Kart 8" (22.96 million), "Super Smash Bros. Ultimate" (16.76 million), "Super Mario Odyssey" (16.59 million), "The Legend of Zelda: Breath of the Wild (16.34 million) and Pokémon Sword and Shield (16.06 million). These are Nintendo's products, which can bring unique fun to players, other gaming platforms can not experience.

Today, the Switch has a huge momentum, with sales exceeding 50 million units and reaching 52.48 million! By the end of the year, we can see if Sony and Microsoft's new game consoles will impact the market performance of Switch, let us wait and see. In addition, if Switch Pro will enter the console market with masterpieces such as "Bayonetta 3" and "The Legend of Zelda: Breath of the Wild 2" next year, will the effect be better? Welcome everyone to leave a message here to discuss.