Mordhau: a trial of the medieval cold war 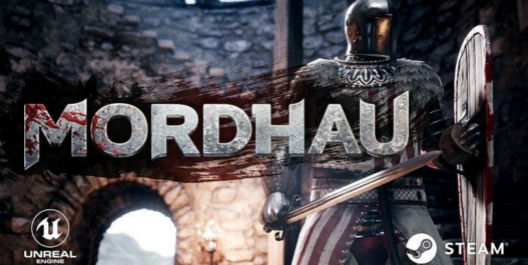 The dark horse Mordhau, the medieval multiplayer game developed by indie studio Triternion, took the top spot in the first week of Steam sales, beating PlayerUnknown's Battlegrounds by more than 500,000 sales and 60,000 people online. I believe that many friends have walked into the battlefield of Mordhau and experienced the fun of fighting with cold weapons. Today, to share the experience of the test play, not played friends can refer to.

Mordhau is a first-person action game developed by Triternion. The game is built using the unreal 4 engine. The "Mordhau" is a German word for a large sword blade with the sword turned upside down and the hands holding both hands. The handle of the sword is used as a hammer to strike the armor. This is also a common medieval swordsmanship.

As the title suggests, Mordhau is set in the middle ages. Medieval battles of cold weapons, not only exciting and bloody close hand-to-hand combat, but also long range combat with sling and other tools, which you can experience in Mordhau. Metal clashing and soldiers howling fill the battlefield, making players feel as if they are in the middle ages.

Previous games have added computer soldiers to create a sense of war. Mordhau directly supports 32vs32 combat! There are many kinds of weapons in the game. Besides the common knives, guns, swords and halberds, there are also "long-range weapons" such as longbows and crossbows, or "throwing weapons" such as firebombs, smoke bombs and axe-flying weapons, and even "traps" that can be used. What impressed the doctor was the pipa.

All kinds of weapons mentioned above are used in the game in a very "realistic" way, such as: the bow and arrow has obvious shaking when it is full of power, and the trajectory will have obvious falling and so on. Of course, it is the refreshing sense of melee weapons that makes the players feel satisfied. As a law-abiding citizen, it is almost impossible for doctor to pick up a big knife and spear to carry out hand-to-hand combat in daily life, and he can only experience it in the game.

Since it is a medieval battle of cold weapons, nature is also "war equipment" can be used. He said the details of the battlefield simulation in Mordhau were excellent, with players either using catapults, crossbows, etc., to attack cities, or crafting hammers to set up "fortifications".

Some players think that "Mordhau" is a real version of "For Honor" or an enhanced version of "Chivalry: Medieval Warfare", which is so versatile. Personally, I think they are quite impressive. Especially Mordhau also adopts the attack and parry system of "multiple directions". What is powerful is that Mordhau not only has three directions, but also has 360 degrees and changes more. Compared with "For Honor", the overall style of "Mordhau" is more realistic.

It is generally accepted that servers are unstable and often fail to match. Can rely on enthusiastic net friend to drive server oneself only.

Overall, Mordhau's playability is good, but this type of combat requires games that anticipate and test responses, and the quality of the server connection is directly related to the experience.