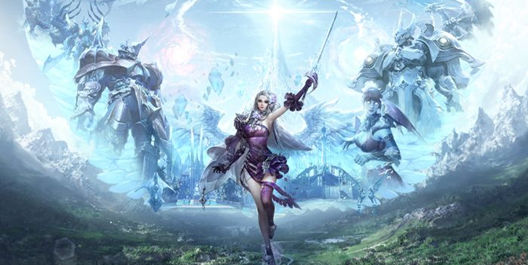 Recently, Aion Classic was officially launched in the West. This 2009 MMORPG is reminiscent of the era when subscription-based payment models are still the standard, and training is an understandable necessity. The core mechanics of Aion revolves around your character finally having wings and being able to fight against enemies in the air-whether in PvE or PvP.

The Aion Classic brings back the original four core professions: Warrior, Scout, Mage, and Priest, with all the balance and progress of the original release, and two upgrades for each profession. It has slower progress, past dungeons, and hunting areas back in the past. However, one of the biggest changes NCSoft has made to Aion Classic involves the PvP balance and siege system.

NCSoft no longer randomly occurs PvP siege events, but moved Aion's siege to a single static time, which will be released on a weekly schedule. When I asked Mike about the timing of these sieges, he said that it didn’t seem to be set on a timer, but "As far as the schedule itself is concerned, we have tried our best to optimize the schedule based on the location of our player base. "It sounds like NCSoft will monitor player activity in the West to adjust the peak time schedule. The static schedule should give PvP players a sigh of relief because now they will be able to plan ahead and coordinate these siege teams.

Compared with the original Aion, another major change is the subscription-based payment system. Aion Classic will still be a free game but will offer a new subscription service called Siel's Aura. Those who don't have a subscription can still get Siel's aura during the first hour of the game every day, after which the experience will be reduced by half, and you will not be able to get the abyss point in the field or in the mission. The subscription fee for Siel's Aura is the same as most other MMORPGs at $15 per month, but it will be available for free during the first week of Aion Classic’s release.

After Aion was already free to play, the decision to add this subscription to Aion Classic was to restrict robots. "Free trial players cannot make direct transactions or open private stores after one hour, which will help "prevent robots from acquiring items and distributing them through the game world." There is also a $5 3-day pass, which may only be available per month for A player playing on a weekend.

Finally, Aion Classic will also add a battle pass called Daeva Pass, which provides additional tasks and rewards and its own premium currency, Quna. This currency can be used to purchase account services such as cosmetics, consumables, and name changes. In addition, Quna can be used to unlock the advanced level of Daeva Pass for more rewards. Maybe you will also need Aion Classic Kinah!

Aion Classic hopes to better respect players' time. Many players in 2009 are paying attention to this and want to come back they have a career, a family, and the terrible thing called "bills" they have to worry about. We want to ensure that we provide a great experience for these players. "As one of the above players, I appreciate that "Aion" will have some modern updates, such as a weekly siege plan and a free battle pass. The subscription service Siel's Aura is open to all players, giving everyone the opportunity to log in and experience The best of this classic MMORPG.