How to play better in World of Warcraft Classic 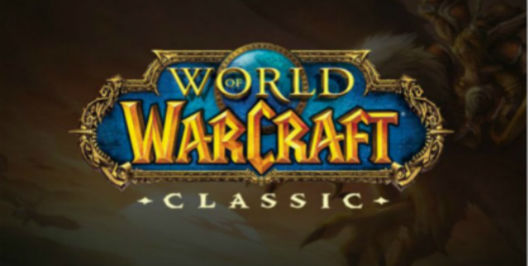 The Warcraft Classic also sounds patient and rigorous long-term and rigorous leveling. To make your task easier, we provide some tips for tribes and leagues as well as your class: plugins, zones, PvP, instances...

The leveling phase is one of the strengths of the WoW Classic(release date) as it is an integral part of the experience offered by this game. Not only do you learn to take classes, but you also gain a reputation, go through legendary examples and many other things. We provide some general advice to get you the best preparation and work in order.

Kill as many monsters as you can between the two mission areas, plan your destination ahead of time, don't do blind missions, combine them as much as possible and combine them as much as possible, don't rob Every mob: If your goal is too far from the path to the destination (for casters) or your baggage is full, this is a waste of time. On the other hand, if you want your mounts to be fast, plunder them all, once you master, stop. Finally, if some monsters plunder the quest items, they must be looted no matter what happens.

Do as much as possible of the task instead of grinding. Not only does this allow you to do some AFKs (such as eating IRLs) during travel between the two areas, but by allowing you to get tasks related to them, it can be better prepared for you, it will increase more effectively Your reputation, it is definitely not so boring.

If showing death in your leveling guide is the quickest way to get back to the village where you have to complete the task, then you are dying: let your character sit all the time, and you will definitely be criticized when you are sitting. Optimize your death as well. Don't go back to your class owner every two levels to buy your new skills. Some people don't use it when leveling. Plan your next return to the teacher's target specific skills in advance.

Avoid trades if you want to go up quickly in levels. However, it turns out to be very interesting to mount them at the same time as your leveling if you do not want to start from scratch at level 60, Have adequate food for every 10 levels (a level 15 food will give you less health than a level 25 food and you will have to spend more time eating to be ready to fight again).

Have a Level 1 bank reroll stationed in Orgrimmar or Stormwind on which to send all the components or valuables you loot (craft components, green, blue or epic objects etc.), Manage your inventory smartly. Identify what are the gray and white objects selling expensive ones of those having little value, and destroy them rather than make unnecessary trips in town for some pieces of copper,

Ride your first aid when traveling by boat, zeppelin or while selling other items to a seller, do several things at once, Keep in mind that NPCs sell potions of healing and mana, this can save you the money and you should have it on you at all times.

Make sure to always keep the same type of weapon unless you loot an incredibly powerful epic weapon. Having to build a weapon skill of 0 in full leveling is a real waste of time, Do not spend your WoW Classic Gold unnecessarily at the auction house to buy more powerful weapons or armor, save for your mounts, especially the level 40, the equipment obtained on the mosns and as a reward for quests is more than enough . The only things you should buy at the auction house are goggles, bags and ammo for Hunters.

Avoid the BGs, the time spent at the auction house unnecessarily, the Stranglethorn Vale, Ashenvale and the Hillsbrad Foothills. Avoid instances as much as possible if you play with groups of players you do not know, you will lose more time than anything else. However, if you play with a team of regulars familiar with the game, it's a good way to pex, Remember to attack the first member of the faction that passes if they do not seem aggressive. Attacking a player usually includes the beginning of a mini-war in the upcoming area, or at least retaliation by the allies of that poor lost sheep that you have slaughtered.

Download Wow Cartographer, this old tool that you will now be useful again with the comments of the players of the time! He can be found on Clubic in particular. Enable the automatic loot option (Interface, Options, Auto Loot), Disable WoW's automatic camera and use your mouse to rotate it, it's much more enjoyable and optimized, Abuse Wowhead's WoW Classic database to quickly find NPCs, quests, and more that you may need to search for, this will make your life a lot easier.

Limit your in-game conversations to the bare minimum, do not spend hours telling your last family BBQ to your guild, it's nice, but what a waste of time, you'll have plenty of time to do that at level 60 when you slack in the capital while waiting for a group for ST. When you disconnect, always be in an inn: the rest time (the blue bar increases the experience gained by killing monsters) is 4x faster in hostel than outside.