Guild Wars 2 - How the Legend Was Created 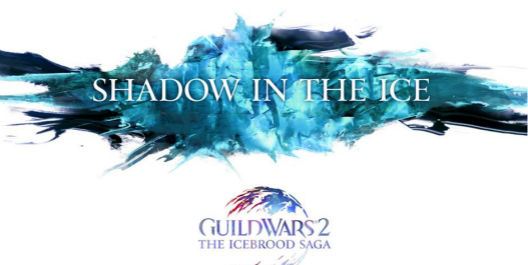 The second chapter of the ice saga “Shadow in the Ice” provided MMORPG Guild Wars 2 players with the opportunity to fight the new world boss, who lives deep beneath the ice in a frozen lake. Drakkar has become a guest from the past. Something sinister, which was only spoken in a whisper. For the first time, players caught a glimpse of him over 10 years ago in Guild Wars: Eye of the North. A creature whose dark influence created the first corrupted Nornbear and started a series of events that led to the very birth of Sons of Svanir.

ArenaNet Studio spoke about the details of the creation of Drakkar and the difficulties that they had to face in the process of work.

Building on the past

Players familiar with Guild Wars: Eye of the North may remember that Drakkar was technically visible if they stepped onto its frozen lake and looked below the surface. Now that he had to face him in Guild Wars 2, he looks a little different. So, what was the process that brought this iconic creature into the future like?

First of all, the developers had to determine the technical limitations and any nuances of design, taking into account the original Guild Wars. The maximum that was shown from Drakkar was a vague vision of his head through the ice, so the guys from ArenaNet decided to change most of his body to better match the gameplay and story objectives.

The main elements that we wanted to convey were:

● His status is an evil, unnatural being.

● His ability to attack both magically and physically.

● That he plausibly swam or passed through the ice.

To develop the Jormag aspect, the developers added ice elements to the boss’s design and dragon features such as a long neck, teeth, claws and ice floes. The head of the strange form of the original model was the only element that was transferred, as well as the incentive for a possible topic of a decaying whale. Its irregular shapes reminded the developers of the strange abstract features of whale skulls. They continued to develop this theme, adding decaying fat to make it look “shaggy” and convey the Arctic atmosphere using faux fur. The main idea was that after his frozen lake melted, Drakkar became vulnerable to the elements and only a connection with Jormag brought him into action.

When the creature's appearance was approved, it was time to figure out how it would interact with the players.

The Drakkar animation was pretty simple. The basic form of the arena, the concept art of the boss and even his skills were ready before work on the animation began. It was based on ready-made solutions created earlier for Aurene, and the creature department provided a crude model of Drakkar.

During the first few days of producing the animation, the team worked with the design department to quickly handle every move and attack. They implemented all versions of animations as a prototype of attacks and began to see what works and what doesn't. During this stage, some attacks were completely modified or dropped, while others were added to meet the needs of the collision. As soon as the developers settled on the final design, the long process of creating refined animation began, which meant that the time had come for VFX.

The visual effects team (VFX) faced a number of problems during development and after the initial meeting, the guys realized the importance of close collaboration between the art department and design to develop a complex visually stunning multi-stage meeting with the boss, which is difficult for VFX. The design provided rough requests for visual effects in the early stages, and as they developed, specific needs and a common look were created with other teams of artists.

The main theme of this battle was ice. Therefore, it was necessary to correctly approach the flowers. To assist in the development, creature and environment teams provided information on the palettes used. This allowed us to begin to create visual effects before the completion of the final work. As a result, both light and dark colors, ice, decaying mucus and magical energy were chosen for Drakkar's abilities, so that they could be seen against the ice, the boss model and changing lighting conditions.

At first it was known that Drakkar needed to swim behind and pass through the icy walls. This simple request posed many unique challenges for VFX, one of which was the development of a new shader technology. After exploring a few ideas, ArenaNet settled on creating a new ice wall shader as a basis to add additional sophisticated shader logic to simulate depth, realistic animation, and customized controls for a consistent gameplay.

The Drakkar shadow evolved during the development process, from a simple spherical shape, similar to fog, to a complex animated shadow as the completion of the new ice shader. Thanks to the use of simple animations of the boss model, the clever application of rendering the depth of the location and the careful selection of visual effects for the animations, Drakkar managed to achieve a smooth transition between the phases of swimming behind the ice and the battle.

The first step to creating a battle with Drakkar was to study the existing world bosses, as well as several difficult questions. What things can keep constantly improving players and what traps can be avoided taking into account the experience of past battles. These considerations highlighted a number of key objectives:

● Learn the language of mechanics from raids and strike missions in the open world.

● And most importantly, make the boss feel dynamic.

The last point was the source of the greatest obstacle - to show the ability of Drakkar to move on ice. To understand why it was so difficult, you first need to figure out how to create world bosses.

Internally, bosses like Claw of Jormag, Tequatl, or Shatterer are known as “boss bosses.” They are in the open world, look like a creature, but behave completely different than ordinary enemies. For example, such bosses are completely motionless, unless they are specifically animated to move to another place (for example, the transition to the second phase in the battle with Claw of Jormag). Such animations are very expensive and do not leave much space for iterations when working in a short time. Therefore, in order to make the boss move, as a rule, a lot of work of the art department is required. So how did you deal with the Drakkar? Smoke and mirrors.

Fighting with him, players do not fight with 1 boss, but immediately with 17, who communicate with the main controller. This “dispatcher” tells them when to attack, what their health is, what attacks to use, and when to disappear. Using this strategy, developers no longer need animations for each movement. Instead, when the controller orders one boss to hide, he decides where Drakkar will appear next and begins a sequence of effects in which you see his shadow moving across the ice. When this sequence ends, he signals the next boss to appear, set his health to the right amount and start the battle. This system, with the help of animation and visual effects, made it possible to place as many bosses on the battlefield as the developers wanted, and put them all together to create the feeling of a moving, dexterous monster.

Each team made a lot of efforts to bring Drakkar to life. From the first moment when he breaks through the thickness of the ice until his death. This monster made all teams coordinate to create a unique gaming experience. The developers hope that you will enjoy killing this legendary beast in the same way that they enjoyed its creation. What do you want to say about this, please tell us here!