"Grounded" has over one million players, what's so fun about this game? 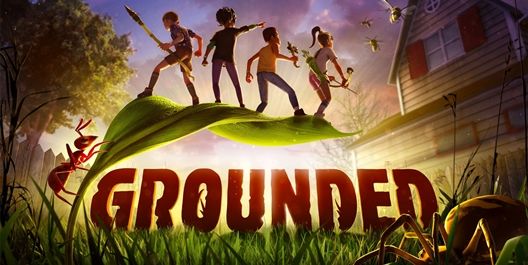 Before, in the games announced on the "Xbox Games Showcase", everyone was very interested in "Avowed" because its development team was Obsidian Entertainment. Obsidian Entertainment is an American video game development company established by absorbing some of the members of Interplay's Black Island Studios after the dissolution in 2003. It is known for creating excellent RPG games and has produced such as "Pillars of Eternity" and "The Outer" Worlds" and other game masterpieces.

However, the company expects that "Avowed" will be launched at the end of 2022 or early 2023. Before that, I suggest that you can experience another new game under Obsidian, which is the multiplayer cooperative survival adventure game "Grounded". The official team recently announced: "Grounded" has reached 1 million players within 48 hours after its release!

Adam Brennecke, the game director of "Grounded", also expressed his joy and gratitude on his personal account. In addition, he promised that "Grounded" will be updated every month, and the first monthly update will be launched on August 27! So what's so interesting about this game that got "extraordinary praise (81% positive)" on steam?

I still remember a famous sci-fi movie called "Honey, I Shrunk the Kids" in 1989. This movie described a crazy scientist who accidentally made his children smaller by developing a shrinking device, and the children were forced to Unfold the story of survival adventure in your own courtyard. Now this attractive concept is finally realized in the game, this game is "Grounded".

The gameplay of "Grounded" itself is similar to other survival games, and the feature lies in the game environment. We are familiar and unfamiliar with these environments. "Familiar" means that we have all been to these places, such as our own courtyard. And "unfamiliar" refers to the experience, we have become smaller, so many familiar things have become bigger, such as weeds, aluminum cans, ants or beetles, etc. This kind of game experience is brand new!

"Grounded" supports the conversion of first-person and third-person perspectives. Players can not only play the game with multiple players, but also take a stand-alone adventure on their own. The game has a time system that alternates between day and night. Players need to take into account water and satiety for their survival, and they can also build shelters and produce weapons and tools. The game is currently in the early access stage, so there are still many bugs, and Chinese is not supported.

Interestingly: "Grounded" also caused a heated discussion among players because of the spider problem. As mentioned above, the players are getting smaller, which means that things in the real world are getting bigger, and the spiders getting bigger is very scary, and some players cannot accept it. For this reason, the game has also specially designed a "spreading fear" mode. As the name suggests, as long as this mode is activated, the most scary spider in the game will become a cute sphere model (but its lethality is not reduced), just like the "fighting" mode in the horror movie. Code".

In the past, when watching "Doraemon", I remembered that there was a prop called "Shrink Tunnel" that could make people smaller. Now, you can experience the feeling of getting smaller in "Grounded", won't you try it? For more latest game information, please visit our news page!