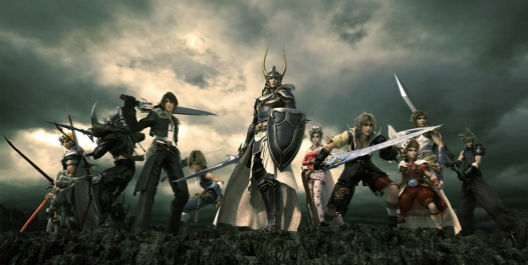 There are always some games that are blessed by IP. Although they are complained by players, they still sell well. For example, "Pokémon Sword and Shield" launched last month. Although many players gave bad reviews, the game still sold 6 million units in the first week! Today I am not talking about the Pokémon series games, but I want to talk about the Final Fantasy series.

"Final Fantasy" is referred to as FF, a role-playing game (RPG) game series developed by SQUARE SOFT, a Japanese game software company at the time in 1987. The latest work in the "Final Fantasy" series is "Final Fantasy XV".

"Final Fantasy XV" was finally released at the end of 2016 after several delays and gameplay modifications. After the listing, many players complained about the game's rhythmic arrangement and poor plot. However, the game's combat, graphics and soundtrack are all good, these still attract a lot of players to start. According to a recent article by analyst "Benji-Sales", the sales of this "food tourism" game has reached 8.9 million, which is astounding!

What level is 8.9 million in the "Final Fantasy" series? Tell everyone: ranked fourth in the series! Third place is Final Fantasy VIII, which sold 9.6 million.

The second place was Final Fantasy X, which sold 11 million. "Final Fantasy X" as the series's first voice-over work, has touched many players, has also become a permanent masterpiece on PS2, the evaluation is very good. And the first one everyone knows is that 13 million copies of "Final Fantasy VII", you can play the remake next year, people look forward to!