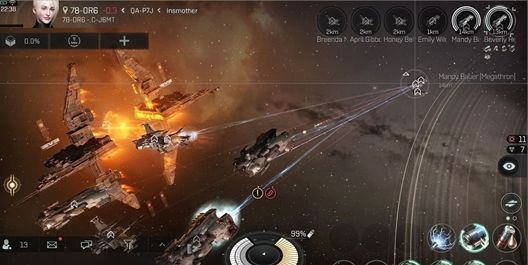 NetEase and CCP Games have announced the official launch of EVE Echoes, an independent mobile sci-fi sandbox MMO that is part of the EVE Online universe. The developers promise that over the three years of the project's creation, they have tried to transfer all the players' favorite features of EVE Online to Android and iOS(So Buy ISK from fastisk).

EVE Echoes is a standalone multiplayer game based on the famous sci-fi space MMORPG EVE Online. Already at the start, the game will be available in Russian, along with English, Chinese, German, French, Spanish and Portuguese. This will allow even beginners to plunge into the universe without unnecessary barriers.

The project offers a massive world of more than eight thousand solar systems, through which players can freely navigate their own winding path. You can be space explorers, fight in large-scale battles with other participants or computer rivals, extract minerals, trade, engage in industry and influence the complex economy of the multiplayer sandbox. The balance of power will continuously shift, empires will be born and die: the history of EVE Echoes depends entirely on the players.

“I am thrilled that millions of mobile players will be able to venture into the Eve universe,” said Hilmar Veigar Petursson, CEO of CCP Games. “I'm sure we'll see a lot of adventures, as well as how new social structures and new paradigms are being created that will inspire us as much as“ Eve ”on PC. All of this will take EVE Echoes, EVE Online and the rest of Eve's games to a level we never imagined. "

In the future, NetEase Games and CCP Games will continue to work to bring even more EVE Online content to mobile platforms. You can already count on such features as sovereignty and the hulls of huge ships - they will be added in the upcoming major updates. Development will largely depend on the reaction of the players. In the more distant future, joint events are also planned combining EVE Echoes and EVE Online.