"Escape from Tarkov" has more than 200,000 simultaneous online players 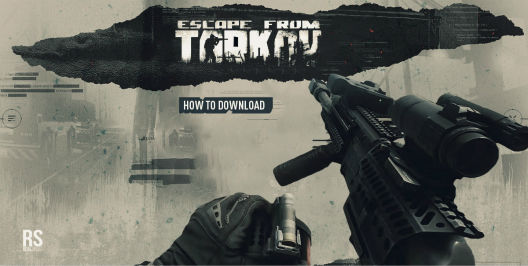 At the beginning of the year, a work "Escape from Tarkov" developed by the Russian game team Battlestate Games slowly became popular in overseas live broadcast circles.

Under normal circumstances, a shooting game has gained popularity and will naturally face plug-in problems. In response to the problem of plug-ins, overseas players even suggested to lock the area and let the Chinese players who are hanging up fight with their own gods. This post was immediately approved by many players, and some people said that games such as "PlayerUnknown's Battlegrounds" and "H1Z1" were previously destroyed by plugins.

In the impression, "Escape from Tarkov" is just a slightly popular shooting game, and the plug-in is also a piecemeal problem reported by some players. The recent news has subverted the view that while "Escape from Tarkov", which is still in the packaging and testing stage, is updated in the "0.12.6" version, the number of simultaneous players has reached 200,000!

Recently, the COO "Nikita Buyanov" of Battlestate Games has left a message in the relevant section of the forum: "Escape from Tarkov" has exceeded 200,000 online players at the same time! At the same time, it also blacked out more than 3,000 external accounts during the revision and reset. Of course, this is the official statement of the game, there is no third-party data agency to confirm. If the official is not bragging, "Escape from Tarkov" has quietly become one of the most popular survival shooting games in recent years!

It is very easy to know that a game can reach 200,000 players online at the same time, especially in the packaging and testing stage of "Escape from Tarkov". Players need to pre-order the Standard Edition for $44.99 to experience the game, which means Battlestate Games has earned at least $9 million in revenue. We know that players who bought the game may not be online at the same time, and online players must have paid, so Battlestate Games' revenue should be far more than 9 million US dollars!

From another perspective, the official claimed that more than 3,000 external accounts were blacked out during the revision and reset. This magnitude exactly matches the situation of "200,000 players online at the same time". We know: Generally speaking, plug-ins are the popular vane of shooting games. The hotter the game, the more plug-ins.

"Escape from Tarkov" has quietly grown to such a point that it is really surprising. "Escape from Tarkov" is an open-world survival shooting game that was developed in 2012. It was not released for the first time until 2016, and it is still in the beta test until now. After a long time of polishing, it finally attracted a group of core fans. It is only after word of mouth that it has achieved today's results. The characteristic of this game is that the reality of the war is better, and the transformation of the firearms is more free. If you are interested in hardcore shooting, you can try Escape from Tarkov. More game news all here!