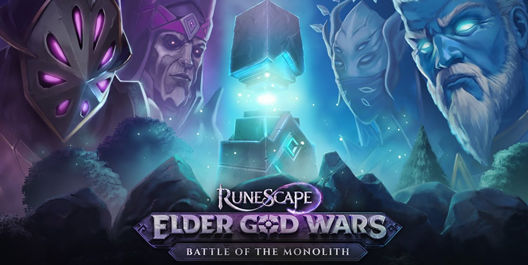 Jagex has released the latest RuneScape update as the Elder God Wars expansion approaches a new chapter with Nodon Front. The latest version of this arc takes those who chose to wage the war straight to the front lines where you will experience battles and chaos unlike anything you have seen in the game in a long time. buyosrs.gold got more info below as this update is now live on PC and mobile devices.

After the previous chapter of The Elder God Wars, where players discover the lost city of Sennesten, comes Ariane's war-damaging obsession. The Nodon Front sees both PC and mobile players joining forces to fight against Nodon Dragonkin's mighty Elder God Jas army as they lay siege to the city. Armed with powerful siege weapons, Nodon Dragonkin and their arsenal are truly formidable, and they have a raging appetite to take down the Sentist Cathedral's defenses. Your primary defense mode is to fight the Nodon, a new group of Slayer creatures that require a minimum of 92 Slayer to defeat. Those of you who have at least 90 builds will also be playing with their powerful siege engines. Destroy them and you'll help turn the tide of battle.

After battling through Nodon Dragonkin's Rangers, Hunters, Crafters and Engineers, players will face the Chief of the Army - Kerapac - in an epic showdown in the Colosseum. Players will have to juggle time to defeat Kerapac and his artifacts, the Elder God, and the bravest of them all can even take him in a "hard mode" variant. Fortunately, players won't be all alone, as the original God War generals - Zilyana, Nex, Kree'arra, and K'ril - are there to help and will provide players with temporary skills to aid in this terrifying battle. All great fights have great rewards, and Nodon's Front is no different. If players can defeat Kerapac, they will receive RuneScape's first level 95 weapon - The Staff of Armadyl - to use in future missions, as well as a full set of cosmetic items.

Perhaps even more difficult, you must also prepare to face your old enemy, Kerapac, in the epic setting of the Great Colosseum of Sennesten. But this won't be a repeat of your previous battle - he's armed with not one, but two Elders, along with an additional, appropriately fortified arsenal. Let's say you need time in your class to get over it. There is also a hard combat version for those of you looking for a little extra challenge.

Wait... did we miss something? Ah yes - bonuses. As a master of science and innovation, defeating Nodon will give you some cool upgrades to your siege weapons, along with a new look for your Dwarf Multicannon. Meanwhile, Kerapac's improvement in the Colosseum can see you do battle with the Legendary Armadel's Crew, along with a host of other powerful goodies. For more information on the Nodon Front, check out our comprehensive newspost. Remember, heroes: we're caught!