Elden Ring Will Be Officially Launched In February 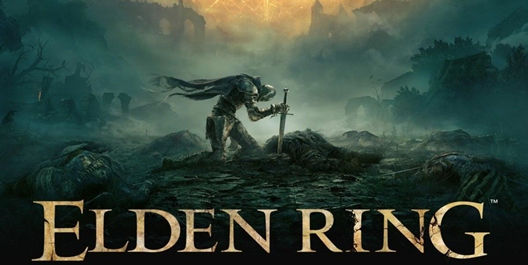 "Elden Ring", which won the most anticipated game award of the year at TGS 2021, will be officially launched on February 25, 2022. Fans can't wait to play this product. In order to cooperate with the release of the game, some news about "Elden Ring" has also emerged in an endless stream recently. Some organizations (such as ESRB) and the media (such as EDGE magazine) have revealed a lot of information about Elden Ring, let's take a look.

What is the rating of the game?

Earlier, the US ESRB’s rating for "Elden Ring" has been announced, and the product is positioned as "M", which is suitable for players over the age of 17. Generally speaking, this rating is to advise sellers not to sell such games to minors. In the rating description, we see that "Elden Ring" is an action RPG game that uses a third-person perspective. Players explore the environment in the game, collect items, and engage with various enemies (such as knights, fantasy creatures) fighting. Attack methods include swords, spears, axes, arrows, and magic, and there will be painful screams, splashing blood, and crashing sounds in battle. Through the description, we can roughly understand the general situation of the game.

Is this the best work from FromSoftware to date?

Miyazaki Hidetaka said: FromSoftware has always tried its best to make the best games, including "Elden Ring". Without previous product experience and a constantly running development team, "Elden Ring" cannot be made. Therefore, in a sense, this is indeed FromSoftware's best work so far. Some of the details and gameplay in "Elden Ring" have the shadow of previous works, which can be said to be a masterpiece.

In the game, can you go to heaven and earth?

Players have noticed that the descriptions of the items in the game include both the "eternal city" located underground and the "sky temple" in the sky. Does this mean that the faded person can go up to the earth? The game developer gave a positive answer. The development team created as much as possible a magnificent world full of unknown exploration, allowing players to enjoy the fun of exploration. Previously, "Zelda Breath of the Wild 2" also showed us the bridge section of Link's journey into the sky. It seems that the future of open-world game production will be more difficult!

Why is the game obsessed with the concept of trees?

The game developer said: "Dark Souls" also has the theme concept of trees, but fire is the most visually recognizable element. For "Elden Ring", the image of the golden tree is even more prominent! The golden tree with golden gleaming leaves represents some of my thoughts about this world, and the birth, aging, sickness, and death of the tree also represent the rules and order of this world.

Is there a horse-riding battle design in the game?

The game developer gave a positive answer, but also added: Horse riding (combat) in the game is not mandatory. Explore and adventure in the vast world. It is up to the players to choose whether to ride a horse or not. Of course, the items in the map design and the battle design itself encourage players to ride horses.

Game developers do not want to compare "Elden Ring" with classic games such as "The Legend of Zelda: Breath of the Wild", "The Witcher 3", "The Elder Scrolls V: Skyrim" and so on. He just wants to create a game with intense battles, fantasy medieval settings, and dungeons to explore, nothing more. After reading the above six-game details, will you look forward to this product even more? If you want to know more about Elden Ring game news, please come here!