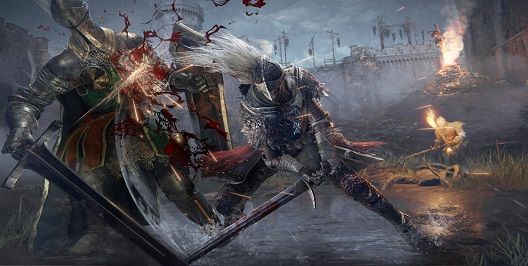 Player-versus-player attacks are a staple of FromSoftware games - pernicious players can enter your reality in games from Demon's Souls to Elden Ring, prompting extraordinary, here and there disappointing multiplayer minutes. Yet, players on PC are losing much more than their supply of Runes because of another endeavor in Elden Ring. Some way or another, trespassers in The Lands Between have figured out how to ruin the save records of players they're attacking on PC, staying them in an endless demise circle.

In the small bunch of clasps we've seen of the bug, the attacked player will respawn under the world, making them tumble to their demise. Whenever they respawn, they'll in any case be under the world, and fall once more, getting the work of art "You Died" brief again and again. In any event, rebooting the game doesn't settle the issue.

Elden Ring distributer Bandai Namco hasn't remarked on the issue as of the hour of the composition, and it's indistinct assuming that a retroactive fix will be feasible for players who've proactively had their save documents split the difference. We connected with the distributer for input and will refresh the post when Bandai Namco answers.

Be that as it may, players have found a stopgap fix for this issue, in spite of the fact that it is a piece inconsistent. Some have made progress utilizing Alt+F4 to dispense with the program before their personality's demise and afterward promptly hitting the guide button once the game burdens back up. Whenever done accurately, and the player lucks out, they'll magically transport securely to a Site of Grace.

The simplest and just dependable arrangement is for players to back up their recoveries routinely, albeit that will not benefit players once they've proactively been caught under the world. However, for PC players who haven't run into this bug yet, backing up saves is a training worth getting.

If you want to know more about Elden Ring, and buy Elden Ring Runes quickly and safely, all in MMOEXP.