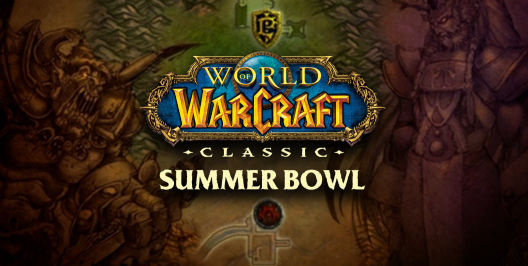 Are you still excited to explore and play the classic World of Warcraft in Classic? Do you have a certain amount of enthusiasm for PvP? Perfect, then you should be very happy to receive the latest Blizzard news in this regard. Because e-sports should also play a role in WoW Classic in the future.

The developer and publisher recently announced on the official homepage that the "World of Warcraft Classic Summer Bowl" should start in a few days, more precisely on June 17, 2020. It is a tournament in which teams, each consisting of ten players, can register for their region and fight for victory in the Warsong Gorge.

The 10 vs. 10 tournament runs from June 17 to July 5, 2020 and is organized for teams in Europe and North America. On the weekends during this period, competitively oriented teams will compete against each other on the legendary battlefield "Warsong Gorge", fight their way through qualifications and ultimately choose the best PvP group of their continent in WoW Classic in the final games. The prize pool of 4,000 US dollars each is almost incidental.

Blizzard continues to explain that all games will be played on WoW Classic’s live servers using the recently added showdown feature. Registration for the qualification phase has already started and is running on the gamebattles platform. Here you can register for Europe.

The only requirement for participation in the qualification is a complete team and a character at level 60 who is on an active WoW Classic server, MyWOWGold provide Cheap WOW Classic Gold For US/EU. After the dust of the open qualification phase has cleared again, the six best teams from each region compete in the finals in the subsequent finals.

All detailed rules can also be found on the registration page. Up to 2048 teams can register, it will be played in double knockout format Best of 1. 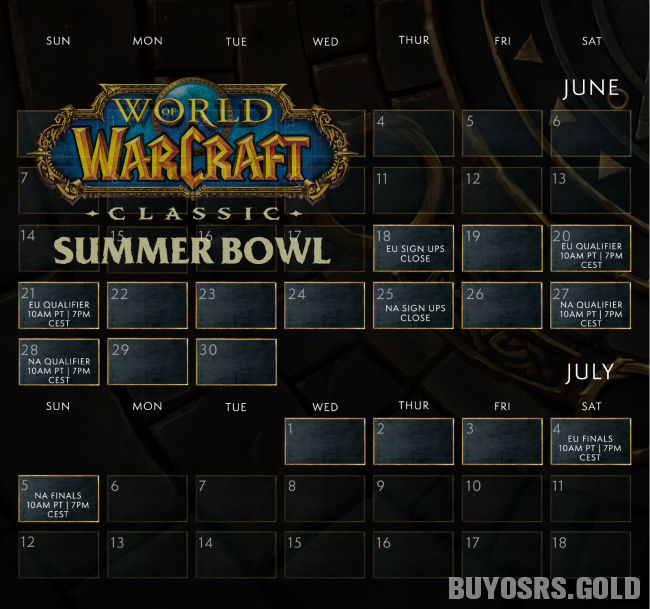 After much demand from the WoW community, numerous fan projects, private servers and much more, Blizzard finally had an insight in 2019. With WoW Classic, the developer of one of the largest online role-playing games of all time is reviving the beginnings of a magical world that has captivated millions of players for over 15 years and continues to do so with a large community.

Turn back the clock: how often do you want this option in all possible situations and situations? With World of Warcraft Classic, at least part of this dream will come true. On August 27, 2019 it is suddenly almost 2004 again. No blood elves, Draenai, Worgen, goblins, death knights, demon hunters, class halls, world quests and 120 levels. We forget all of that in Classic and concentrate on what was important. The path to level 60, a community that gets to know each other and opens up Azeroth piece by piece. At least that's what many fans hope for.