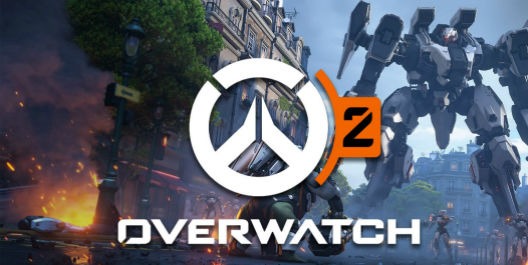 The opening ceremony of BlizzCon 2019 was an opportunity for Blizzard to announce a sequel for its Hero Shooter Overwatch. Overwatch 2 adds to the usual competitive modes of the game a PvE pane composed of two new specific modes. If it wants to be more scripted than in the past, the title does not forget its PvP dimension by proposing a new competitive game mode and a model able to redefine according to the studio the very idea of a sequel.

Planned for at least the autumn 2020 simultaneous release on PC, PS4, Xbox One and Nintendo Switch, Overwatch 2 adopts a fairly new model. All of its PvP content, already existing or future will always be accessible to the owners of Overwatch 1. In fact, Blizzard will merge the two games to become one. Characters, skins, progression, rank, success, everything will be transferred to this sequel. A person who does not have Overwatch 2 can continue to play PvP on the same modes as the players of this suite. The only restriction concerns the access to the new PvE dimension of the game introduced in Overwatch 2. The latter is articulated around two modes:

Story Missions: This is the scripted campaign of Overwatch 2. It will consist of different missions to be carried out in cooperation in a team of four players with predefined characters for each stage of the progression of the scenario. It all starts in Rio, where the newly regrouped members of Overwatch get together to recruit Lucio. Each of the missions will start and conclude with a cinematic in-game taking advantage of the various improvements of the graphics engine to offer a hitherto unseen staging of the game. These missions will be used to introduce the various heroes of the cast and to advance the global history of the franchise. A new system of objects is emerging that allows characters to equip themselves with different abilities that are subject to cooldowns such as healing, shielding, or damage-enhancing grenades.

Hero Missions: Always in cooperation with four players, this second mode PvE intends to play the card of the replayability. Here the casting is not predefined and the players will advance their different heroes on 20 levels opening the way to a brand new system of talent points specific to this mode. These talents are considered as variations of effects or bonuses for the existing skills of the characters. The images below will give you an overview of the possibilities Explored by Blizzard. As this progress system is totally decorated with the game's PvP modes, the studio says it has let its creativity speak for itself. Hero Missions are designed to be replayed in the light of new challenges, their replay pattern is inspired by the Diablo 3 Adventure Mode or World of Waracraft World Quests.

New PvP mode: Push: Push mode will join the different competitive modes of the game in Overwatch 2. On the new map of Toronto, two teams of six players compete to advance a robot and its load as far as possible. the opposing base. Close to a Payload mode, it is distinguished by its ability to covet the same goal to both teams. It is enough that a member of one of the two teams is at the feet of the robot to advance it and that an adversary enters this same zone to stop him. The clashes are very mobile on this symmetrical map, the flank is very present and the outcome of the game rarely determined before the last minutes of play. Payload will be accessible without any restriction to all owners of Overwath 1 and 2.

New hero: Sojourn: Introduced during an Archive event on Overwatch 1, Sojourn is the first character of Overwatch 2 presented during this BlizzCon 2019. Blizzard does not envisage the simultaneous launch of several characters for the sake of PvP balancing.

Improved graphics engine and reworked interface: To support its new narrative ambitions, Overwatch 2 will multiply the cutscenes realized thanks to the engine of the game. The latter thus makes a leap forward with more detailed textures supported by a redesign of the model of completeness heroes. More modern and expressive, they gain in detail on their outfits, hair, looks, etc. The goal for Blizzard is to keep their essence while updating their appearance according to the progression of the game's history.