Amazon's New Game "New World" Is Too Hot In Beta 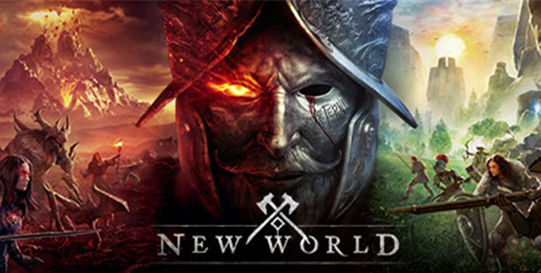 After several failures, Amazon Game Studio has carefully launched the limited-time first-hand experience of New World, which has attracted many players! The addition of many well-known game anchors has made this game airborne and become the TOP3 popular watch on Twitch!

After a year, the postponed New World finally opened a closed test, this time the effect is also good! According to the third-party data website SteamDB, the current average number of online players in "New World" is at least 140,000, and it exceeded 190,000 at the peak! Second only to "CS: GO" and "Dota 2", it has become the third most popular game on Steam!

We know: Currently in the field of MMORPG, "World of Warcraft" players and "FF14" players are often quarreling, and they all think their games are the best. And now, the new competitor "New World" has been quietly killed. I really hope that the game can be successful. After all, few major game manufacturers have developed MMORPG in recent years.

"New World" can attract the attention of players, and naturally has its merits. The game is based on the American continent in the 17th century. Players come to a place called Aeternum, where various forces exist. The game provides rich content such as dungeon exploration, PVP, hunting and production, as well as large-scale siege battles and diversified weapon equipment systems! It can be said that "New World" is mixed with many characteristic elements on the MMORPG infrastructure. It can be seen that the developer's ambition is to challenge "World of Warcraft" and "FF14".

Of course, some people have doubts about the popularity of "New World". However, the recent relevant data should be no problem, and there are indeed many new players coming to try it out. Why do you say that? Because you can see in the relevant game forum: At present, many players have reported that their EVGA RTX 3090 graphics card was broken by "New World" and shared physical photos.

According to the latest report from "PCGamer", "New World" physically burned multiple VGA RTX 3090 graphics cards in just a few days, including the famous game anchor "Gladd". And this is not an exception. Many other players also reported that when playing "New World", their high-end graphics card would overheat and the computer would freeze and restart. The worst thing is that the graphics card was burned out!

Generally speaking, it is very rare that the hardware is damaged by software alone. After all, many hardware has related protection measures. At present, everyone has reached a consensus that there is no upper limit for the game frame rate in the "New World" game, which leads to the problem of 100% GPU utilization and VRM overheating. The graphics card represented by EVGA RTX 3090 will indeed break away from the control of the protection mechanism under some magical circumstances, and it will heat up rapidly and eventually break.

In order to prevent the graphics card from failing to control itself, we can only set an upper frame rate limit (60FPS) by ourselves. As there is no solution that can eradicate the above problems, it is recommended that players who use RTX 3090 graphics cards stay away from "New World". In this matter, game developers and graphics card manufacturers have their own problems. The most unlucky ones are those players who played a popular game and burned their graphics cards! The game will be released on August 31, 2021. Are you interested in trying it? More news about the new world at buyosrs.gold!