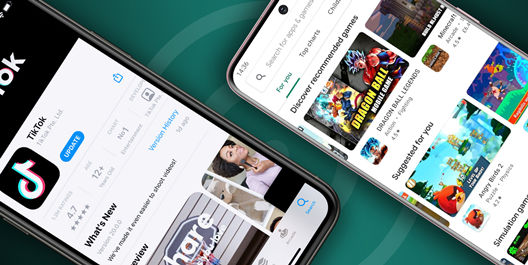 Time flies, like a white horse passing by! July has arrived, which means that half of 2021 has passed. So in the first half of 2021, what is the general situation of the global mobile game market? Recently, we noticed that the overseas third-party statistical agency "Sensor Tower" released the latest data report, introducing the revenue of mobile games in the mainstream dual channels (Google, Apple) in the first half of this year. Let's take a look. 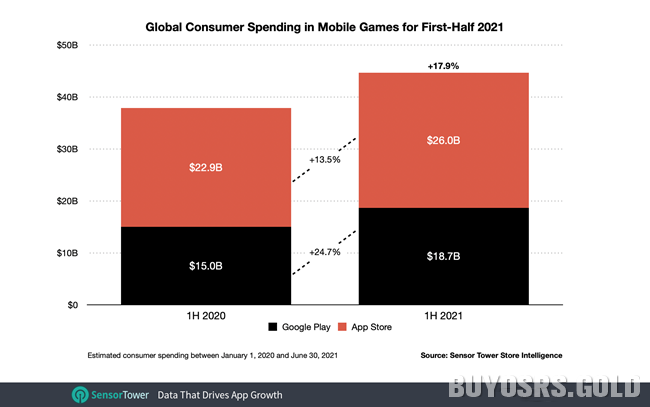 In 2020, due to well-known reasons, everyone is forced to stay at home, and expenditure on various entertainments will increase significantly, including games. So, how much money did players spend on mobile games in the first half of 2021 when the global situation is slowing down? We see that players spent a total of US$64.9 billion on dual channels of mobile phones, of which US$44.7 billion was spent on games, accounting for about 70% of the total. Among them, the App Store contributed $26 billion, and the Google Store contributed $18.7 billion. Although the revenue value is not as good as Apple, the growth rate is as high as 24.7%! 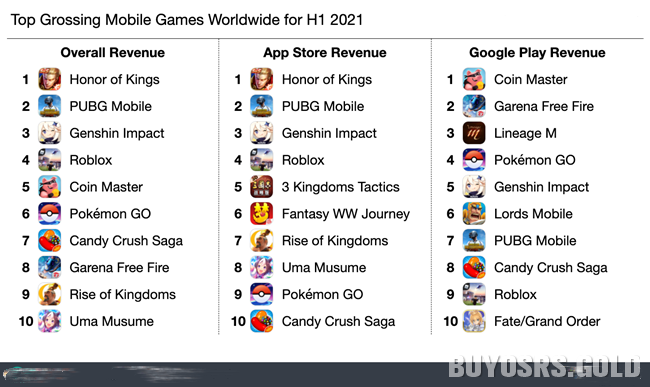 This shows that the majority of players have retained the entertainment habits of mobile games. Among the massive mobile games, which products are the most attracting money? I believe my friends can already guess the top few. The top three are all domestic mobile games, namely: "Honor of Kings", "PlayerUnknown's Battlegrounds" and "Genshin Impact". "Honor of Kings" generated more than $1.5 billion in revenue in the first half of this year, while "PlayerUnknown's Battlegrounds" generated nearly $1.5 billion in revenue. Good guys! Tencent earned about US$3 billion in revenue from these two products in half a year. This is an amount that most of the 3A masterpieces cannot earn during the entire life cycle!

We still remember: In the first half of 2020, the top two on the global mobile game bestseller list were "PlayerUnknown's Battlegrounds" and "Honor of Kings". Now the two products have switched positions. Tencent is still in the global mobile game circle. The overlord. The third place "Original God" has brought about 848 million U.S. dollars in income for Mihayou in the past six months. Every time the game launches a new character, it can earn a fortune!

We can see that the best-selling ranking of the App Store is consistent with the total best-selling list, which also reflects that the consumption of IOS players is indeed higher than that of Android players! The highest-paid products in the Google Store are "Coin Master", "Garena Free Fire" and "Lineage M". Among them, "Garena Free Fire" also ranks second in the global download list. With the growth of players, revenue has increased significantly! Interested players can go to see the article introducing "Free Fire" between the doctors.

Among the top-selling games are "Coin Master", "Roblox", "Pokémon GO", "Candy Crush Saga" and "Candy Crush Saga", which have remained strong since last year! Which of the above games have you contributed to? More game news all in here! buyosrs.gold provides professional game articles!